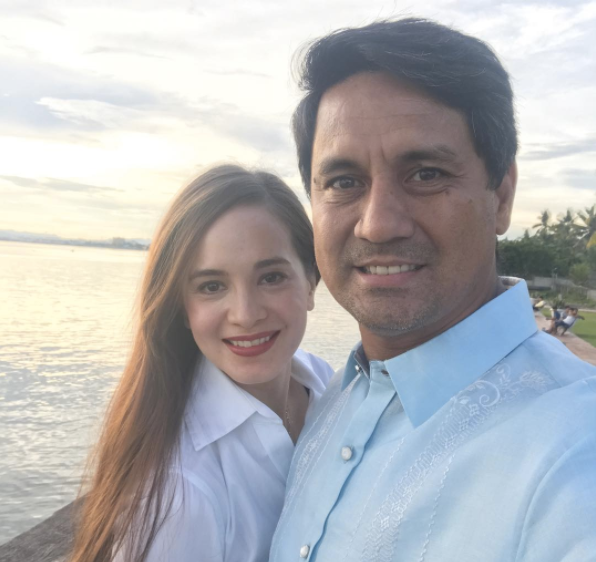 Netizens took to Rep. Lucy Torres-Gomez’ Instagram page to ask her about her vote on the budget for the Commission on Human Rights (CHR).

Last Sept. 12, the Lower House voted 119 to 32 to give the CHR a P1,000 budget, a blow to the agency which protects Filipinos from state abuses to their civil and political rights.

A list of the 32 representatives who voted no—meaning that they agreed to the proposed P649.484 million budget of the Commission—has since been released.

READ: Some solons deny being among 119 who voted to cut CHR budget

Torres-Gomez, who represents the 4th district of Leyte, was not included in the list of the 32.

While a list of the 119 is unavailable, netizens have taken to asking their own representatives on their vote.

Netizens commented on her latest Instagram post, which was to celebrate Mother Mary’s birthday, to ask her about her vote. 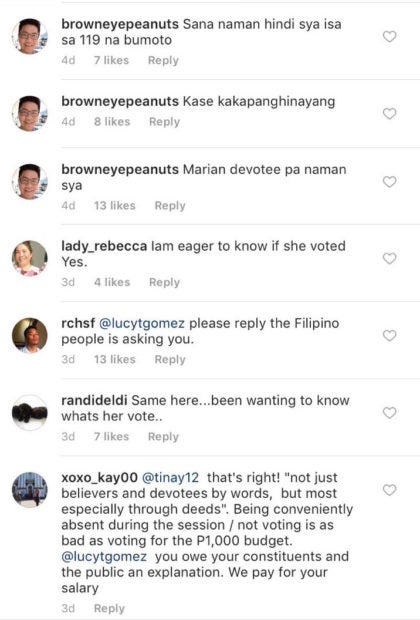 “Sana hindi sya isa sa 119 na bumoto kase kakapanghinayang (I hope she isn’t among the 119 who voted because that would be regretful),” said one Instagram user.

“You owe your constituents and the public an explanation. We pay for your salary,” read another comment.

While the former actress did not respond to comments, her husband, Richard Gomez seemed to do so on her behalf.

He also lashed out at commenters: “Ano ba ang distrito nyo? Ano ba ang pinili ng congressman nyo? Sana tumakbo na din kayo para yung ingay nyo sa social media dun nyo dalhin sa kongreso. (What’s your district? What did your congressman choose? If only you could run for office so your noise on social media would be in Congress.)”

This only caused netizens to wonder why the mayor was defensive over a yes or no question. 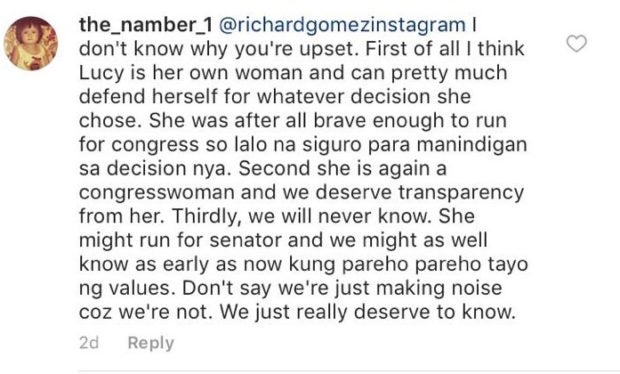 “I don’t know why you’re upset… I think Lucy is her own woman and can pretty much defend herself for whatever decision she chose,” noted one Instagram user.

One commenter added, “She is a congresswoman and we deserve transparency from her…Don’t say we’re just making noise…We just really deserve to know.” 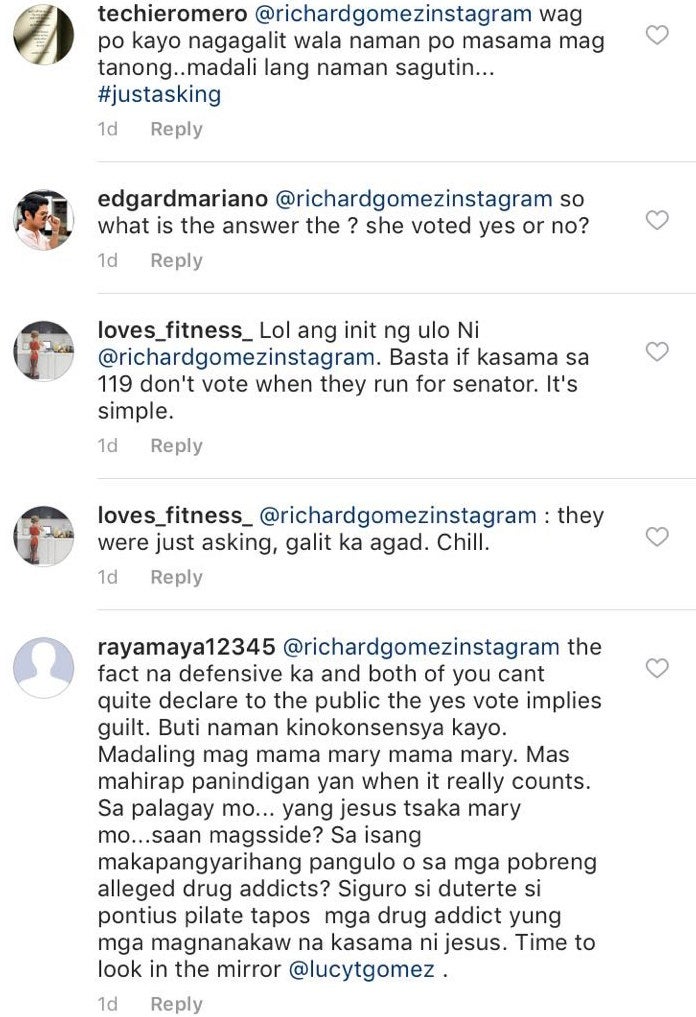 Another assumed what his tone meant: “The fact na defensive ka and both of you can’t quite declare to the public the yes vote implies guilt.”

An Instagram user asked for “enlightenment” and also explained why netizens took to social media to address politicians: “Did she vote yes? If so, why? Di naman naghahamon ng away mga tao (People aren’t asking for a fight),” read the comment.

They added, “Social media lang ang pinakamadali naming channel para marinig kami. Kaya wag kang magagalit kung dito namin inilalabas ang saloobin namin (Social media is the easiest channel where we can be heard, so don’t get angry if this is where we let out our sentiments).”

As other legislators have clarified their stance, Torres-Gomez remains mum. She previously voted as part of the majority in favor of martial law in Mindanao and the death penalty. JB