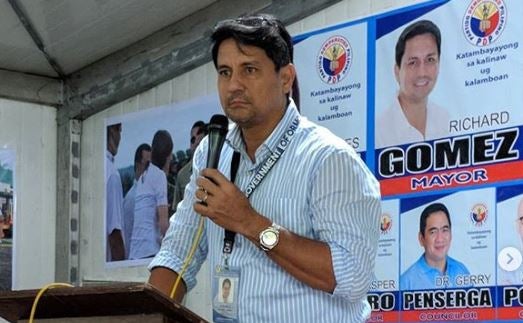 Actor and Ormoc Mayor Richard Gomez recently took to social media to inform his fans about the leaders’ meeting and orientation he had held with various key figures of Ormoc city in Leyte.

As per Gomez, he talked to the various leaders of Ormoc about the importance of hard and clean work. He also took pride in the achievements the city has attained thus far.

He shared in his Instagram post yesterday, Nov. 13, numerous pictures from the meeting, one of which showed him speaking behind a podium.

“I talked to them the importance of hard and clean work and bringing Ormoc City to another level,” Gomez shared.

Leaders meeting and orientation in Ormoc. I talked to them the importance of hard and clean work and bringing Ormoc City to another level. How we made Ormoc the Safest City in the Philippines, First City in Region 8 to be declared " Drug Cleared", Richest City in Eastern Visayas, Child Friendly City Award, Climate Change Awareness Awardee, etc. I also told them not to support, not to vote those candidates that have and had ties and links to drug lords in Ormoc. Of course I showed them the pictures of these people w ties to drug lords.

As per Gomez, they have made Ormoc the “safest city in the Philippines.” It was also the first city in Region 8 to be declared “drug cleared.”

Megastar Sharon Cuneta, back in October, praised Gomez during her stay in Ormoc for their taping. Cuneta found herself in awe of him for all that he’ds done for the city, saying that it used to be a drug capital. She said then, “He just turned Ormoc into a city that is so now-desirable to visit and that didn’t used to be the case.”

Apart from being the first city in the region to be drug-cleared, Gomez claimed that they are the “richest city in Eastern Visayas” adding that the city also received the “Child Friendly City” and “Climate Change Awareness” awards.

Moreover, he notably told the Ormoc leaders not to support or vote for any political candidates associated with drug lords.

“I also told them not to support, not to vote those candidates that have and had ties and links to drug lords in Ormoc,” Gomez said. “Of course I showed them the pictures of these people w ties to drug lords.”

It will be remembered that back in November 2016, Gomez was identified by Chief Insp. Leo Laraga of the Criminal Investigation and Detection Group (CIDG) Eastern Visayas as allegedly involved with the “drug group” of the late Albuera mayor Rolando Espinosa Sr. and son Kerin Espinosa.

Laraga then told now-Senate President Vicente Sotto III that his information came from the statement of the late Mayor Espinosa himself.