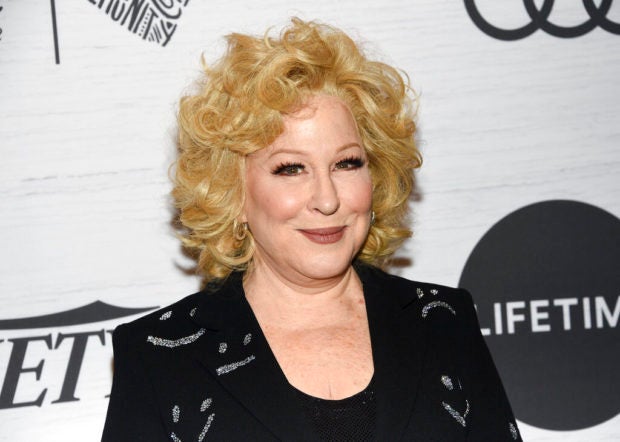 NEW YORK — Taraji P. Henson teared up as she discussed suicide rates among young black people. Gigi Hadid did the same as she spoke about the fate of the Rohingya people in refugee camps in Bangladesh.

The two were among five celebrities honored Friday for their philanthropic work at Variety’s annual Power of Women event in New York.

Bette Midler spoke passionately about her restoration work cleaning up neighborhoods in New York City through the organization she founded in 1995. Singer Kacey Musgraves talked about the importance of arts education for young people, particularly music.

And journalist Christiane Amanpour evoked the grave dangers faced by reporters uncovering truths around the world, and especially decried the use of the term “fake news” as a weapon against journalists.

“Increasingly we are in a war from within our own democratic societies where we are bludgeoned over the head day after day by this untruthful trope of fake news. It is very, very difficult to keep going,” she said.

Honored for her work with the Committee to Protect Journalists, Amanpour made a note of praising Jacinda Ardern, prime minister of New Zealand, for her leadership in the wake of the recent mass shooting in Christchurch in which 50 people died.

“Out of the most brutal and unspeakable tragedy, she rose to the occasion like I’ve seen very few world leaders do,” she said of Ardern. “That’s power.”

The annual event was hosted by comedian Michelle Wolf, who riffed on recent news stories like the college admissions scandal and accusations of unwanted touching by former vice president Joe Biden.

Also appearing at the event were several accusers of R&amp;B star R. Kelly who had participated in the Lifetime documentary “Surviving R. Kelly.” Lisa Van Allen, Asante McGee and Kitti Jones received a standing ovation from the crowd. 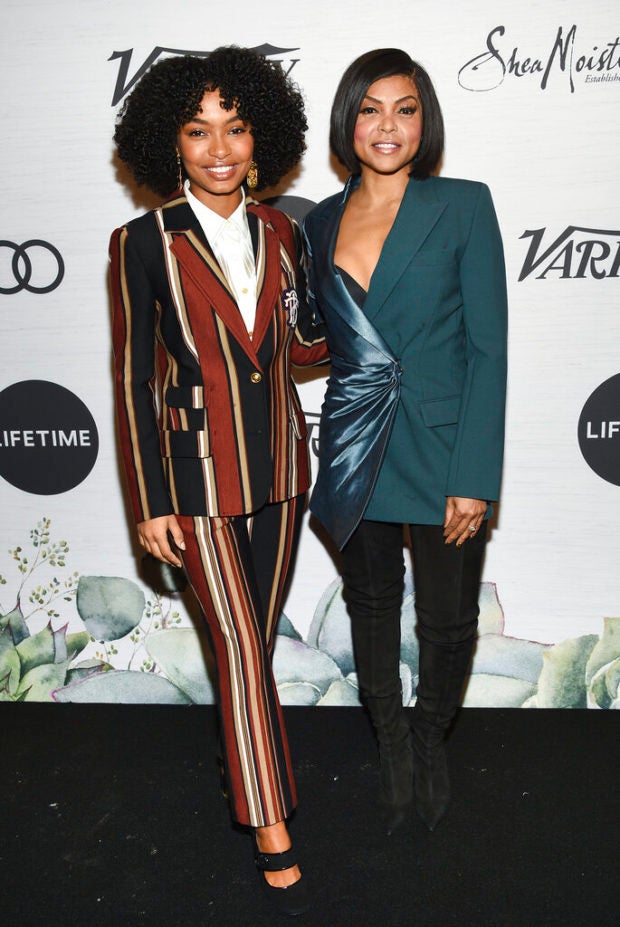 Hadid, introduced by Jimmy Fallon, was honored for her work with UNICEF. The 23-year-old supermodel spoke not only about her experience in Bangladesh visiting Rohingya refugees from Myanmar, but her use of social media as a force for good.

“I feel resentment toward social media at times, but as I documented my trip with UNICEF, I understood the true value: someone is listening,” she said.

“We cannot let the negative comments, the bad energy, and false assumptions of us keep us from doing the good we know we can do with our platforms.”

Musgraves, cited for her work with the Grammy Museum, spoke of her admiration for fellow musicians like Loretta Lynn and Dolly Parton who’d paved the way for her.

“OK, they’ve got the big hair and they’re frilly and they’re rhinestone and they’re glamorous, but they’re important for more than that. They’re writers and they wrote about real things: birth control, women’s libido, husbands that drink.”

Henson choked back tears as she described mental health issues among young black people as a “national crisis.”

Honored for her work with the Boris Lawrence Henson Foundation, she spoke of the need to “eradicate the stigma around mental health in the black community by breaking the silence and breaking a cycle of shame.”

The foundation is named after Henson’s father, who, she explained, suffered mental illness after his return from fighting in Vietnam.

As for Midler, she began with some lessons from her long career in show business. “I figured it out early,” she said. “If you didn’t get cast, or didn’t care to play the game, you’d better figure out how to put on your own show.”

She noted that she hadn’t always done work she was proud of, and that her career was actually “splattered with trash” — a nice segue to remarks about her work cleaning up green spaces in New York through her New York Restoration Project, which she founded in 1995.

“Make no mistake,” Midler quipped. “I love nature — despite what it did to me.” MKH