After “Buybust” earned her recognition in the international scene this year, Anne Curtis has been honored with an award from American publication Variety and a Macau film festival. 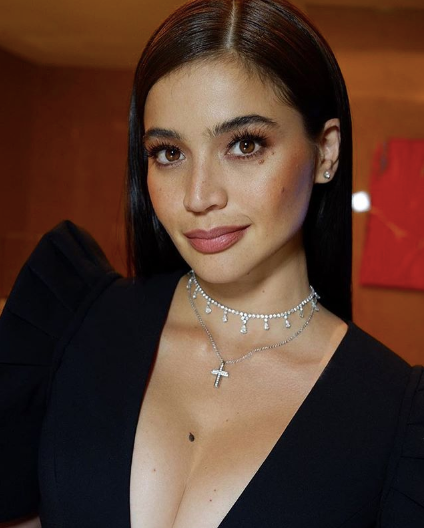 The Asian Star: Up Next award is given by Variety with the International Film Festival and Awards – Macao to honor five talents in Asia. The ceremony was held at the Macao Cultural Center in Macau, China last Dec. 15.

In Variety‘s report about the awardees last Friday, Dec. 14, Curtis was cited for her work this year in films “Sid & Aya (Not A Love Story)” and “Buybust” which both screened at the New York Asian Film Festival this year.

Last Saturday, Dec. 15, Curtis posted a picture of her in a black deep V-neck terno gown while holding her award on the steps of the cultural center.

“This will continue to inspire me to do my best in my chosen craft, pursue my biggest dreams and hopefully inspire others to do so too,” she said.  “I dedicate this to all the Filipino filmmakers and actors who continue to work hard to make films that are not only appreciated by our fellow Pinoys but also appreciated by the global audience.”

In the first Asian Star: Up Next awards last year, Piolo Pascual was honored for his work in TV and film, as well as for his roles in Lav Diaz films’ “Hele sa Hiwagang Hapis” (2016) and this year’s “Ang Panahon ng Halimaw”. JB