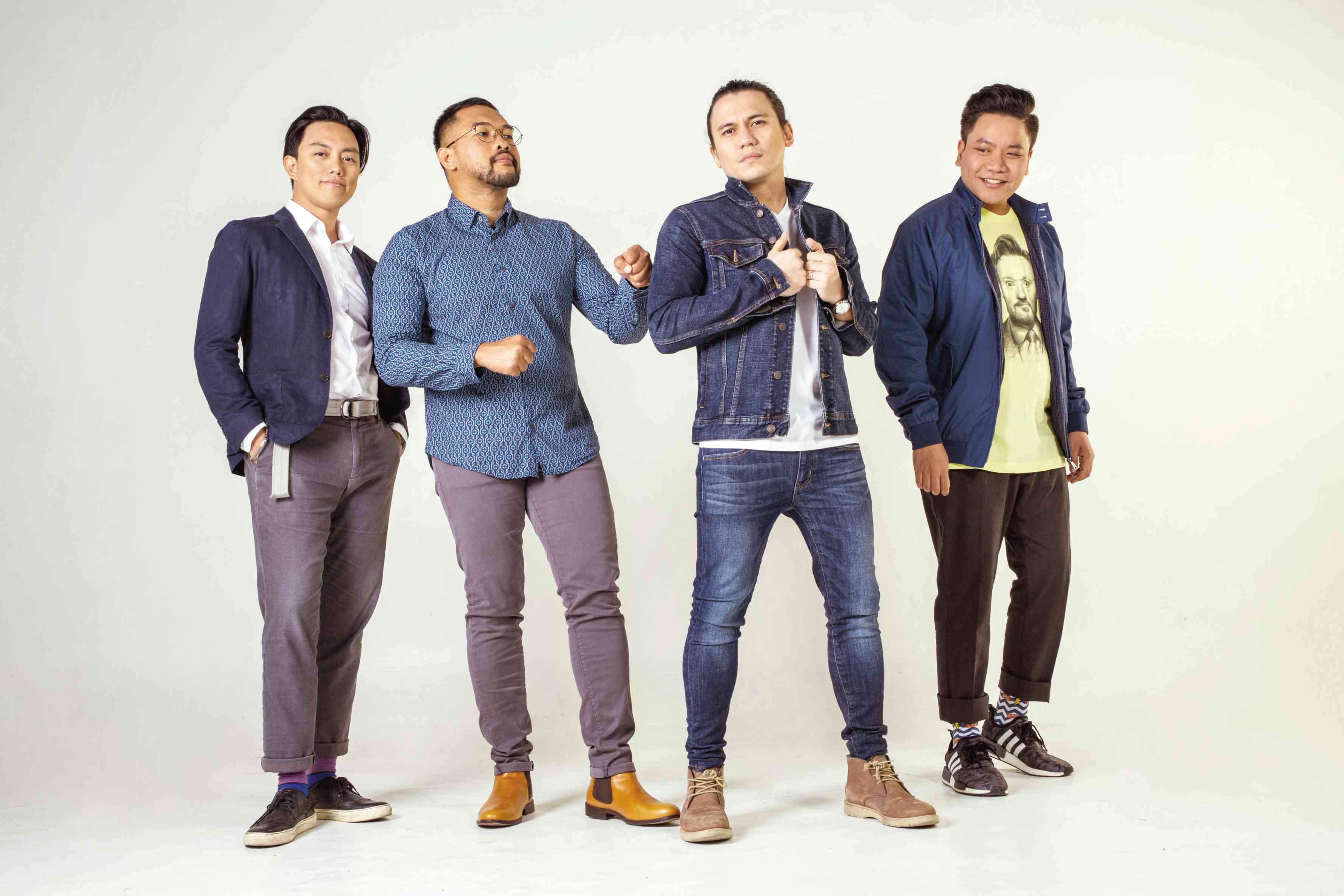 Performing other artists’ hits in gigs is a surefire way to elicit excitement from a crowd. Covers are instantly recognizable and accessible, Yael Yuzon pointed out and, therefore, more easily appreciated than, say, introducing new material.

But still, he and his bandmates in Sponge Cola insist on sticking to all-original repertoires for their live shows as much as possible. If there’s one thing he has realized from being in the industry for almost 20 years, it’s that there’s no experience more rewarding than seeing people rocking and singing along to his own songs.

“When you do, for example, five originals, then five covers, it’s like you’re tempering the fire of your compositions with water,” Yael told the Inquirer in a recent interview for Sponge Cola’s one-night concert, “Sea of Lights,” on March 29 at the Power Mac Center Spotlight at Circuit Makati.

That’s not to say, however, that they’re above playing covers. After all, they did record some in their earlier years, including Madonna’s “Crazy for You” for their first EP in 2003 and “Nakapagtataka” for an Apo Hiking Society tribute album in 2006.

And the band—also composed of Gosh Dilay, T Mac Cruz and Erwin Armovit—still does them once in a while, particularly in out-of-town shows, where the audiences seemed to have gotten used to seeing celebrities sing popular foreign hits when they visit.

“We did a show in a province one time. And it was great; everyone was happy and I felt like we had a strong connection with the fans. But when I looked at the comments online, no one was talking about our 12-song set; it was all about the snippet of the Justin Bieber song “Love Yourself,” which someone requested. And that’s understandable—it was a global hit,” Yael recalled.

“But at the same time,” he added, “you can’t help but feel that what was supposed to be a footnote, ended up becoming the actual highlight of the show.”

And now that he’s a board trustee at the Filipino Society of Composers, Authors and Publishers—for which he helps mount songwriting camps—Yael has become even more dogged in his desire to promote original music.

“There’s nothing wrong about doing covers, of course. But I would also like to encourage more singers to write their own songs. Some of them already have a following and are well-liked. I’m sure they can make that next step,” the musician stressed.

For their upcoming show, the band members are preparing something different from the usual gigs they do around the country.

This time, the production and setup will be done according to their own terms and vision.

“More often than not, the production depends on where we’re playing or who’s booking us. And our group, more or less, already has an existing style. Now, we will try to give this show a different feel and format, with different supporting musicians, textures, flow and song arrangements,” Armo, the band’s guitarist, said.

The concert will also serve as the launch of Sponge Cola’s seventh studio album, which is also titled “Sea of Lights.”

Asked how the new record differs from the band’s previous efforts, Armo said they employed new ways of “working together, exploring new sounds and styles.”

Armo has also gotten more involved in the songwriting, churning out three tracks in the process.

“It just so happened … Yael has been urging people to write their own songs, and that sparked something in me, as well. Being in charge of writing songs was a new experience for me, because that was mostly Yael’s job,” he related.

“And I was able to incorporate my own musical influences, aesthetics or inclinations, while maintaining that Sponge Cola feel,” added Armo, who assured fans that the band will make sure to play some of its most popular songs, like “Jeepney,” “Tuliro” and “KLSP.”

“It’s going to be a celebration of new songs and material we have been working on; and of a new direction the band is taking. It’s also a revisiting of old hits and classics the people know us for,” he said.