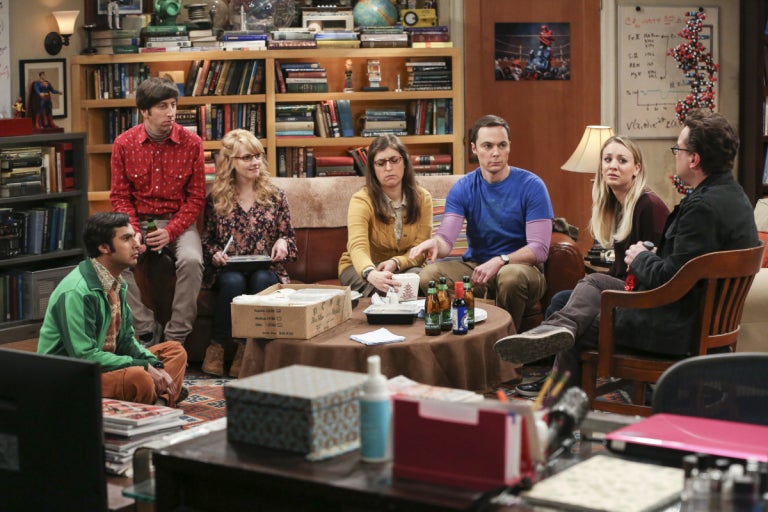 The final episode of “The Big Bang Theory” will air May 16 on U.S. TV. Image: Warner Bros. Television

The final episode of the most-watched comedy show in the United States and worldwide is set to air May 16 on CBS, the American network has announced. Just seven episodes remain before the fate of the Pasadena geeks will be sealed once and for all.

For its series finale, “The Big Bang Theory” is offering viewers not one but two episodes, running for a total length of some 40 minutes (not including ad breaks). The two-parter will see Sheldon, Leonard, Penny and the gang bow out in style from their onscreen adventures, which began Sept. 24, 2007, on CBS.

Created by Chuck Lorre, also behind the hit show “Two and a Half Men”, “The Big Bang Theory” has become a mainstay of U.S. TV over the course of its 12 seasons. Drawing between 18 and 20 million viewers per episode, the show has become one of the most-watched in the U.S., as well as worldwide. In 2016, the comedy was followed by almost 40 million people around the globe.

We’re going out with a BANG! 💥 Don’t miss the 1 hour series finale of #BigBangTheory May 16th starting at 8/7c!

With 10 Emmy Awards, “The Big Bang Theory” also shot several actors to fame, including Jim Parsons, who plays Sheldon Cooper, who has since branched out with a big-screen career. Thanks to the show’s growing success over the years, he and his co-stars Kaley Cuoco (Penny), Johnny Galecki (Leonard), Simon Helberg (Howard) and Kunal Nayyar (Raj) have now managed to obtain the princely sum of $1 million per episode, reminiscent of the figures paid to the stars of “Friends” in its day. JB