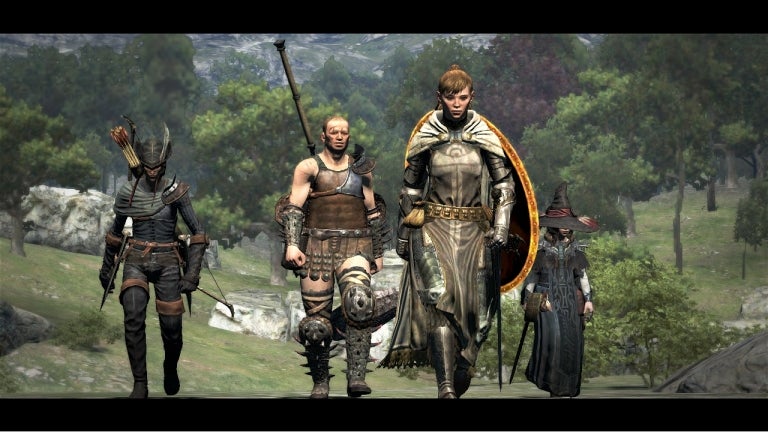 The animated version of “Ghost in the Shell” is making a return courtesy of Netflix, as is video game adaptation “Dragon’s Dogma”, live-action spin-off “Altered Carbon: Resleeved”, comic book conversions “Spriggan” and “Super Crooks”, and an original series from the “Attack on Titan” studio.

After the success of “Castlevania”, Netflix has commissioned an adaptation of another fantasy action video game, “Dragon’s Dogma”, in which a dead man seeks revenge on a dragon.

First released in 2012 for Xbox 360 and PlayStation 3, open-world adventure “Dragon’s Dogma” has since been made available on Windows PC, PlayStation 4 and Xbox One, with a Nintendo Switch edition set for April.

The medieval fantasy adventure puts players in the boots of a warrior who had their heart snatched in battle by a dragon and lived to tell the tale.

It is being produced by Sublimation Inc., which was involved in various aspects of “Tokyo Ghoul”, “One Piece Film Gold”, “Psycho-Pass”, “Ghost in the Shell: Arise” and others.

Speaking of “Ghost in the Shell”, the legendary series is making a comeback as part of Netflix’s animé-buying spree.

Previously announced and here re-confirmed, original studio Production I.G is on the job with a 2020 date anticipated for “Ghost in the Shell: SAC _2045”.

WIT Studio of “Attack on Titan” fame is creating an original series about the unlikely friendship between a human girl and her vampire counterpart, “Vampire in the Garden”, with musical elements promised.

The streaming company’s existing cyberpunk series “Altered Carbon” is getting in on the act too, with production house Anima (“Kingsglaive: Final Fantasy XV”) now attached to the project.

Finally, the Bones studio that was behind “My Hero Academia” and “Fullmetal Alchemist” has “Super Crooks”, a one-last-heist graphic novel from Mark Millar of “Kick-Ass” and “Wolverine: Old Man Logan”, while a series based on archaeological special forces manga “Spriggan” (a.k.a. “Striker”) is on the way from David Production (“JoJo’s Bizarre Adventure”). JB