Oscar Isaac shows off his Spanish in ‘Triple Frontier’

NEW YORK — Oscar Isaac says he’s pleased to be making more use of his Spanish in his newest film, “Triple Frontier .” 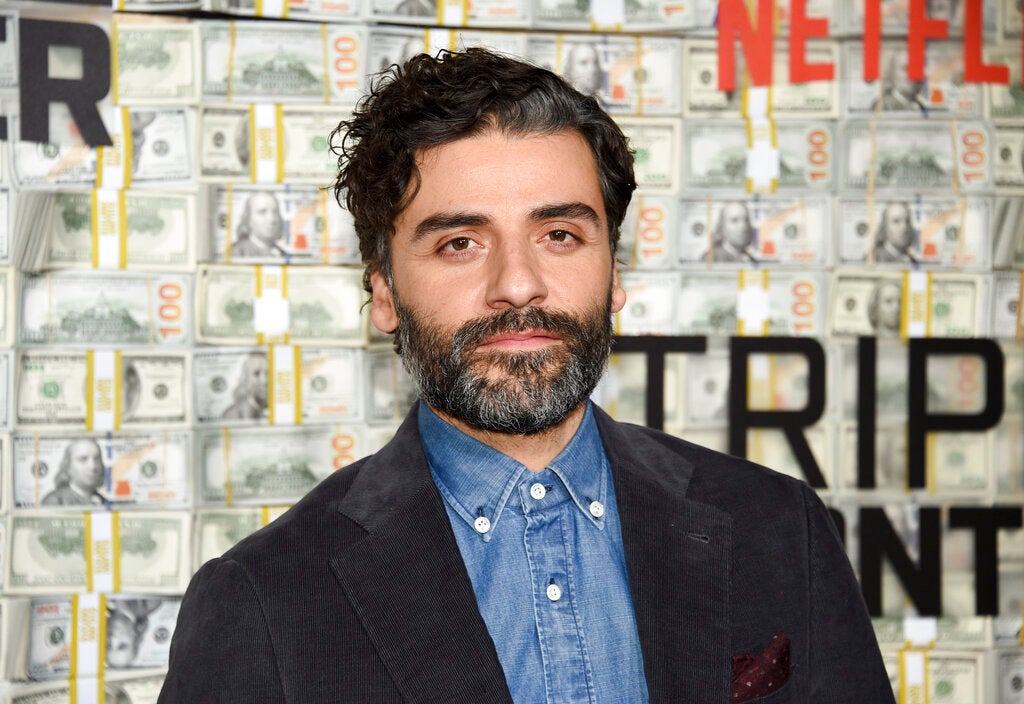 The Guatemalan-American star of “Star Wars” and “Ex Machina” plays a former special forces operative leading a dangerous heist in South America in this J.C. Chandor directed film, which begins streaming on Netflix on Wednesday after a weeklong run in theaters.

“I hope to make a whole movie in Spanish,” Isaac said in a recent interview, speaking in a mix of his mother’s tongue and English. He noted this is the most he’s ever spoken Spanish onscreen; his only other bilingual role was 2014’s “A Most Violent Year,” also helmed by Chandor.

In “Triple Frontier” his character, Santiago “Pope” Garcia, gathers his old brothers in arms — played by Ben Affleck, Charlie Hunnam, Garrett Hedlund and Pedro Pascal — with the promise of “one last job” that could turn into a major payday. Their plan hinges on taking down an elusive drug lord at his hideaway in a South American jungle and stealing millions with the help of an infiltrator (Yovanna, played by Adria Arjona). 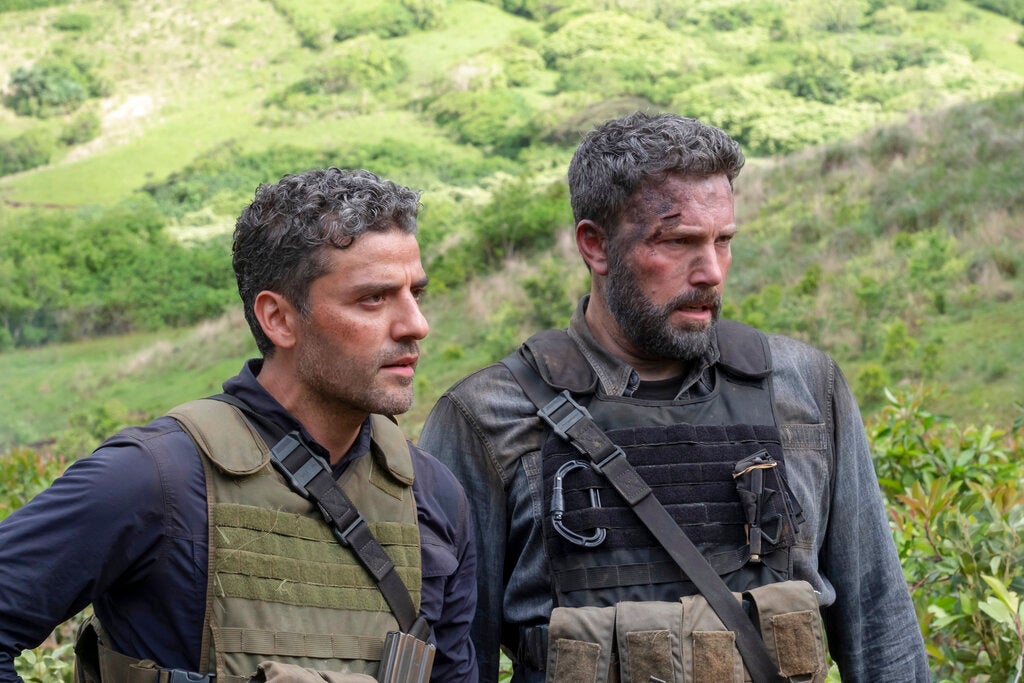 This image released by Netflix, shows Oscar Isaac, left and Ben Affleck in a scene from the film, “Triple Frontier.” Image: Melinda Sue Gordon/Netflix via AP

It’s the first time they undertake a mission for their own benefit instead of one for their country, and things spiral out of control when their plan takes an unexpected turn.

Isaac said that he found Pope interesting because of his contradictions.

“He’s definitely someone who’s honorable and believes in the mission that he’s doing,” he said. “He is interested in helping his country but he’s also frustrated because he’s been down there investing a lot of his time and it just seems impossible. He sees an opportunity to take out this very bad drug dealer … and at the same time an opportunity to get rich, so that’s why he goes and enlists the help of these former soldier friends.”

He also liked that the movie sheds light on the difficulties that many veterans face after their service has ended.

“I think that’s definitely something that happens not only for the special forces but the military at large,” Isaac said. “People dedicate their life to serving a country and when they get out, you know, they’ve spent a lot of time and blood and sanity in difficult, very traumatic situations, and they’re expected to just suddenly switch and become a civilian. They find it very difficult to get jobs … and the government doesn’t take enough care of the veterans.”

This is the first Netflix movie for Isaac, who considers the ongoing Hollywood debate about streaming versus big screen experience a “definitely important one” but as a parent he appreciates being able to watch good productions from home.

“I got to see (‘Triple Frontier’) on a big screen with an incredible sound system and that was really amazing to see, but you know, we are living in a very transitional time,” he said. “I think that regardless of the debate… there’s a lot more opportunities to do different kinds of movies and movies that often wouldn’t get financed theatrically.”

His next film will undoubtedly have a big theatrical release. Isaac will be back as Resistance commander Poe Dameron this December in “Star Wars: Episode IX”.

“I think it’s going to be a very good ending to the entire Skywalker saga, which has lasted for these nine films. I think that what J.J. (Abrams) and Chris Terrio have done with the script will be incredibly fulfilling,” he said. “You’ll get to learn new things about Poe and about Finn and Rey of course, so I’ll be really excited to share it.”