For many, ‘Green Book’ win was a confounding Oscar climax 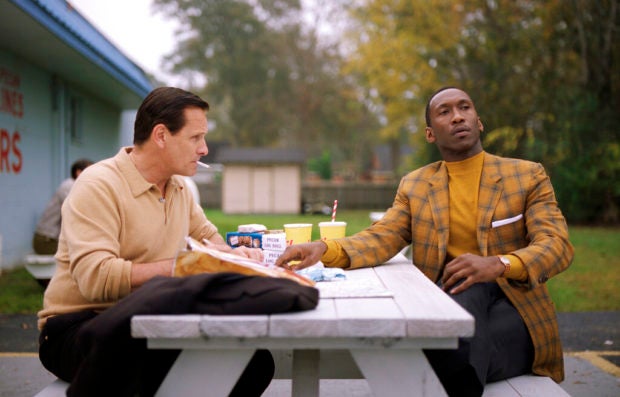 This image released by Universal Pictures shows Viggo Mortensen, left, and Mahershala Ali in a scene from “Green Book.” The film is nominated for an Oscar for best picture. The 91st Academy Awards will be held on Sunday. Image: Universal Pictures via AP

LOS ANGELES — An Academy Awards that sparkled with more women and African-American winners than ever before came to a screeching halt with the night’s final honor. Some would even call it a “Crash.”

In a twist ending that shocked many of the Dolby Theatre attendees and those watching at home, Peter Farrelly’s hotly debated buddy road-trip dramedy “Green Book” triumphed at the 91st Oscars, complicating the storyline on a night that had, until that moment, belonged to cultural milestones like Ryan Coogler’s “Black Panther” and Alfonso Cuaron’s border-breaking Netflix release, “Roma.”

It’s not unusual for the announcement of an Oscar winner to provoke a grimace or two. It’s less ordinary to see members of the crowd leap to their feet, wave their arms in disgust and nearly stomp out of the theater.

The cameras missed it, but that was how Spike Lee responded in the Dolby Theatre. After all, Lee has seen it before.

Almost exactly 30 years ago, “Driving Miss Daisy” — a movie with a similarly simplistic view of race that is often compared to “Green Book” — won best picture in the same year Lee’s incendiary “Do the Right Thing” came out.

Backstage, Lee joked on the win for “Green Book” that “the ref made a bad call.”

“I’m snake bit. Every time somebody is driving somebody, I lose!” Lee, who won his first competitive Oscar for the script to “BlacKkKlansmn,” told reporters, laughing. “But they changed the seating arrangement.”

Lee was far from alone in his reaction. “Green Book” is the most divisive, and by some measure, most critically derided best-picture winner in more than a decade. Its win was greeted by many as a sign that Hollywood may have changed enough to honor the second and third black female non-acting Oscar winners (as it did Sunday with costume designer Ruth E. Carter and production designer Hannah Beachler for “Black Panther”), but it hadn’t progressed so far that it didn’t hand the industry’s top award to a movie criticized for portraying a retrograde view of race as seen through a white protagonist’s eyes. 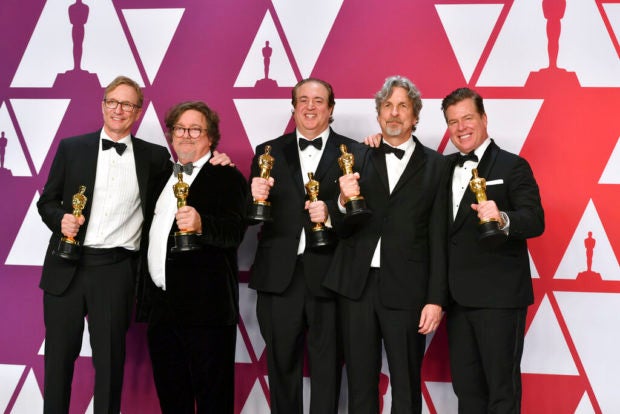 Jim Burke, from left, Charles B. Wessler, Nick Vallelonga, Peter Farrelly, and Brian Currie pose with the award for best picture for “Green Book” in the press room at the Oscars on Sunday, Feb. 24, 2019, at the Dolby Theatre in Los Angeles. Image:  Jordan Strauss/Invision/AP

Los Angeles Times film critic Justin Chang called it “the worst best picture winner since ‘Crash'” and, further, “insultingly glib and hucksterish, a self-satisfied crock masquerading as an olive branch.” According to the review-aggregation website Metacritic, not since 2004’s “Crash” — another movie about race relations made primarily by white men — has there been a winner with worse reviews.

But the backlash to “Green Book” — a film about the erudite jazz pianist Don Shirley (Mahershala Ali, who won best supporting actor) and the Bronx-native bouncer-turned-chauffer Tony “Lip” Vallelonga (Viggo Mortensen) — goes much deeper than that. Though the film’s fans see in Farrelly’s film an often funny, feel-good odd-couple tale, critics of “Green Book” see a movie that trades on racial stereotypes and crassly capitalizes on the Green Book — a segregation-era travel guide for African Americans in the Deep South — with little interest in dramatizing its important history.

Following the win, filmmaker Ava DuVernay tweeted about the guide’s creator, Victor Hugo Green, “for anyone who may interested in what the Green Book actually was.”

“Green Book” was also fiercely criticized for not consulting with Shirley’s family: his last living brother Maurice Shirley and niece Carol Shirley Kimble. Kimble said there was “no due diligence done to afford my family and my deceased uncle the respect of properly representing him, his legacy, his worth and the excellence in which he operated and the excellence in which he lived.”

“It’s once again a depiction of a white man’s version of a black man’s life,” Kimble told Shadow and Act.

It was noted, too, that in neither acceptance speech did the film’s makers — Farrelly, Nick Vallelonga and Brian Currie, who together also won best screenplay — thank Shirley. Asked about that backstage at the Oscars, Vallelonga, the son of Tony Vallelonga, added his thanks to the pianist and addressed Kimble’s point.

“I wish I could have reached out to Don Shirley’s family,” said Vallelonga. “I didn’t even know they really existed until after we were making the film, and we contacted his estate for music; and then the filmmakers, we invited them all to screenings and discussions. But I personally was not allowed to speak to his family, per Don Shirley’s wishes.”
Later, at the Governor’s Ball, Vallelonga defended his film.

“Some of the attacks are unwarranted and untrue. But we believed in the movie the whole time,” Vallelonga said. “If it wasn’t true in our hearts, I don’t think it would resonate with people. It would come out false.”

And “Green Book” had its boosters. Kareem Abdul-Jabbar praised it in a column for The Hollywood Reporter, arguing that discrepancies that irk family members didn’t matter, and that “filmmakers are history’s interpreters, not its chroniclers.” Ali, who became the second black actor to win two Oscars after Denzel Washington, called the film “a legitimate offering” in a November interview with The Associated Press, saying: “I’m getting some crap from people saying it’s a rosy picture of race, but, you know, it’s just a rosy picture of that relationship, not all race relationships.”

The movie’s win also wasn’t a complete shock. “Green Book” triumphed at the highly predictive Producers Guild Awards, which, like the Oscars, uses a preferential ballot. And it won one of awards season’s first telling trophies: the Toronto International Film Festival’s audience award, besting “A Star Is Born” and “Roma.”

At the box office, the Universal release (made for a modest $23 million) was also the biggest ticket seller of any best picture nominee since nominations were announced in January. And two of the biggest rivals to “Green Book” at the Oscars — “Roma” and “Black Panther” — both had some academy members dead-set against voting for them. Netflix is seen as a threat to movie theaters since most of its films debut directly on its streaming service. Others have resentment for superheroes’ dominance in today’s moviemaking.

Following withering #OscarsSoWhite critiques, the film academy has in recent years moved to diversify its largely white and male membership. Even in his disappointment over “Green Book,” Lee credited former academy president Cheryl Boone Isaacs and April Reign, who coined the hashtag, for opening up the academy.

“So that’s why three black women, if I’m counting correctly, won Oscars,” said Lee, whose tally included Carter, Beachler and Regina King, the supporting actress winner for “If Beale Street Could Talk.” ”That would not have happened without OscarsSoWhite and Cheryl Boone Isaacs. Facts. As my brother Jay-Z says, facts.”

“You know, it’s a real breakthrough that any film about race gets to win anything,” said Willmott, who also penned Lee’s “Chi-Raq.” ”When I first started in the industry, it was really bad; and we have come a long way since then. And tonight is a huge step forward I think in many different ways. And it’s still frustrating at times, but it’s great to see progress being made.” MKH