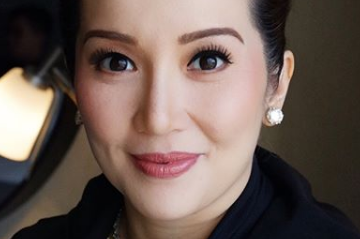 Kris Aquino is pleased there is progress  in her legal battle with former business partner Nicko Falcis, months after filing criminal complaints against him.

Aquino recently took to social media to share to her fans their upcoming hearing at the Quezon City Regional Trial Court, set to happen tomorrow, Feb. 22.

“They TRIED but I didn’t allow them to destroy my heart,” she told her fans via Instagram. “Because after all the STRONGEST HEARTS already possess the most scars.”

Aquino has continued to stand her ground when she indicated in a recent video on her YouTube channel that she and Falcis might never reconcile.

“I am not a saint,” she told comedian and talent manager Ogie Diaz, who asked if she had the heart to forgive Falcis. “Hindi na dahil sobrang kawalang-hiyaan ang pinagdaanan ko (Not anymore because I’ve been through so much)!”

Her change in tone came after she said back in November 2018 that she was open to forgiving Falcis.

Falcis has maintained that he never stole money from Aquino and that she was bullying him and his family. Falcis’ camp also filed two counts of grave threats against Aquino last January.  /ra