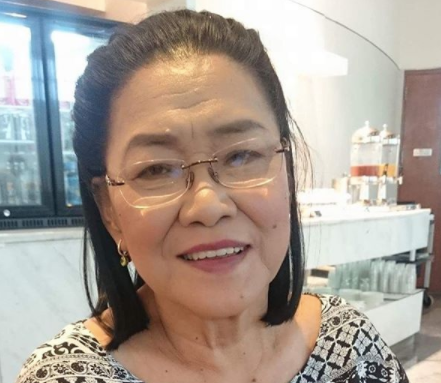 Solis, on her end, took to Instagram on Feb. 10 where she expressed her hopes for a government intervention regarding local films that get early pullouts in cinemas.

(Hopefully, through the intervention of Chair Rachel Arenas and Chair Liza Diño, President Duterte would know what is happening between the movie theaters and producers.)

Solis said movies should be given a couple of days in the cinemas and should only be pulled out if they do not go on to become hits in the box office.

She cited the films “Heneral Luna” and “Kita Kita” by directors Jerrold Tarog and Sigrid Bernardo, respectively, both of which saw similar fates when they were pulled out from cinemas.

(Good word of mouth can serve as good publicity, as long as the film is good, as in the cases of “Heneral Luna” and “Kita Kita”.)

(Hopefully the movie theaters also consider the investment of producers. The movie industry will continue to suffer without their help. A lot of people will lose jobs.)

True enough, many lamented the pullout of “Heneral Luna” during its release back in September 2015. The team behind the film shared at that time that the film was pulled out from cinemas “to make room for upcoming foreign and mainstream films.”

“Rainbow’s Sunset”, which won Best Picture among multiple other awards in the Metro Manila Film Festival last December 2018, faced a similar situation when cinema operators pulled it out, reportedly due to poor box-office performance.

Four-time MMFF Best Director Joel Lamangan, then, pleaded for cinemas to give his film a chance.

“Give us a chance,” Lamangan said. “I hope the screening of our film can be extended for a few more days. I’m sure people will finally have the time to watch it during the weekend. Do not deprive them of this opportunity just because you are concerned with money.” JB

Lolit Solit says she may be implicated in in Kris-Nicko issue; Falcis bros tell her why