LOS ANGELES — Director Bryan Singer hasn’t been involved with the Queen biopic “Bohemian Rhapsody” for over a year, but with a fresh exposé alleging that he sexually assaulted minors and the British Academy of Film and Television Arts “suspending” his nomination, will he be the film’s Oscars Achilles heel? 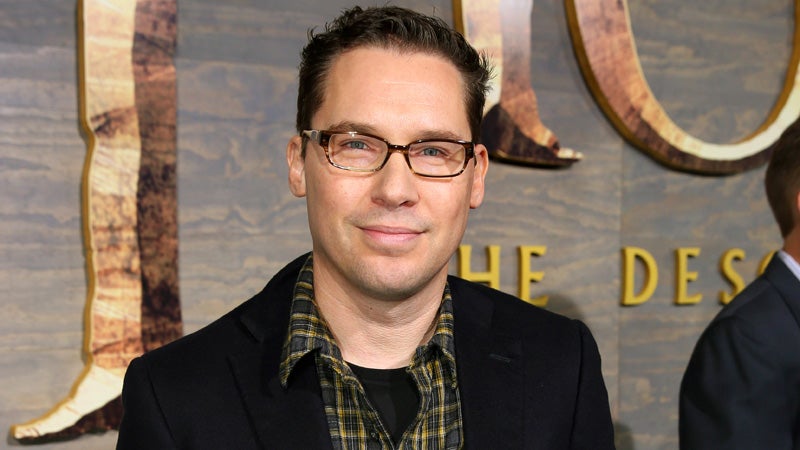 This Dec. 2, 2013 file photo shows Bryan Singer at the Los Angeles premiere of “The Hobbit: The Desolation of Smaug” at the Dolby Theatre. Image: AP

“Bohemian Rhapsody” has had a lifetime’s worth of trials and setbacks on its 10-year journey to the big screen. And yet despite everything working against it — from Singer’s surprise firing mid-production for absences and clashes with the cast, to the negative reviews right before its release — it seems to have come out of the fires unscathed.

The $50 million production became a global box-office phenomenon, grossing over $209 million in North America alone and over $834 million worldwide to become the most successful musical biopic of all time. It developed into a top awards contender too, winning the best drama and best actor for Rami Malek at the Golden Globes, while also receiving two key Screen Actors Guild nominations, a Producers Guild nod and five Oscar nominations, including best actor and best picture.

But then on Jan. 23, almost exactly a month before the Oscars and one day after its nominations, The Atlantic magazine published an article in which four men claim they were sexually abused by Singer while underage. Singer has denied the allegations. A representative for Singer declined to comment further for this article.

The next day, the advocacy group GLAAD removed the film from its Media Awards nominees, and four days later, “Bohemian Rhapsody” lost the coveted SAG ensemble award to “Black Panther.”

“I think that it would have won SAG ensemble if it hadn’t been embroiled in controversy,” said Sasha Stone, founder of the blog Awards Daily.

The SAG voting period ended on Jan. 25, two days after The Atlantic article published. As if a precursor to what might happen at the Academy Awards, Malek walked away with his own acting prize.

This week, just days before the British Academy film awards, BAFTA announced Singer’s nomination suspension because the alleged behavior was “completely unacceptable and incompatible” with its values. The film, however, will still compete Sunday for the Outstanding British film award, among others.

Those involved with the film have, in general, opted not to talk about their ousted director. Singer was kept far away from the publicity tour but retained his directing credit and could stand to make $40 million, according to The Hollywood Reporter. Producer Graham King became the public face of the production along with Malek. And their messaging stayed laser-focused on Freddie Mercury and doing right by him and the band. How could voters argue with that?

Malek, on the day of his Oscar nomination, said that he was “not aware” of the allegations against Singer. He’s since presented a more informed stance and said that his “heart goes out to anyone who has to live through anything like what I’ve heard and what is out there.” When pressed, he’s has often gone back to the refrain that audiences can take solace in the fact that Singer was fired.

The Atlantic article didn’t exactly light Hollywood on fire, either. Singer is still lined up to direct another movie for a $10 million payday. And people still like “Bohemian Rhapsody.”

“I don’t see too many people even upset about the controversy. That Atlantic piece came out after nominations. I still think the movie would be nominated if it had run before. It’s not like it contained anything surprising. Everybody has heard these whispers and these stories,” said Glenn Whipp, the awards columnist for the Los Angeles Times. “It’s just a movie that people really enjoy and they’re not going to let anyone get in the way of their enjoyment.”

With just a few weeks to go before the Academy Awards, hardly anyone is predicting a “Bohemian Rhapsody” best picture win. New York Times Carpetbagger columnist Kyle Buchanan called it, “practically inconceivable.” But the general sentiment is that a loss won’t be because of Singer.

Malek, on the other hand, seems to be a lock for best actor in spite of everything.

“There’s a real divide between what Academy members seem to think about the movie and what they think about Rami Malek and his work in the movie,” Whipp said. “People praise him for his commitment, his transformative turn. People are overlooking the film’s flaws and still voting for Malek. And they’re able to separate any qualms about Bryan Singer and this latest investigation from his work. It’s complete compartmentalization.

“An actor told me that if ‘Bohemian Rhapsody’ won best picture he would quit the academy,” Whipp added. “But he’s voting for Rami Malek for best actor.” NVG