Grammy weekend kicks off with honor for Dolly Parton

LOS ANGELES — Nobody pokes more fun at Dolly Parton — all hair, sequins, nine-inch nails and five-inch stilettos — than the country superstar herself.

Parton was celebrated for her musical achievements and philanthropic work as MusiCares Person of the Year on Friday night. She’s the first country artist to be saluted in the tribute’s 29-year history. 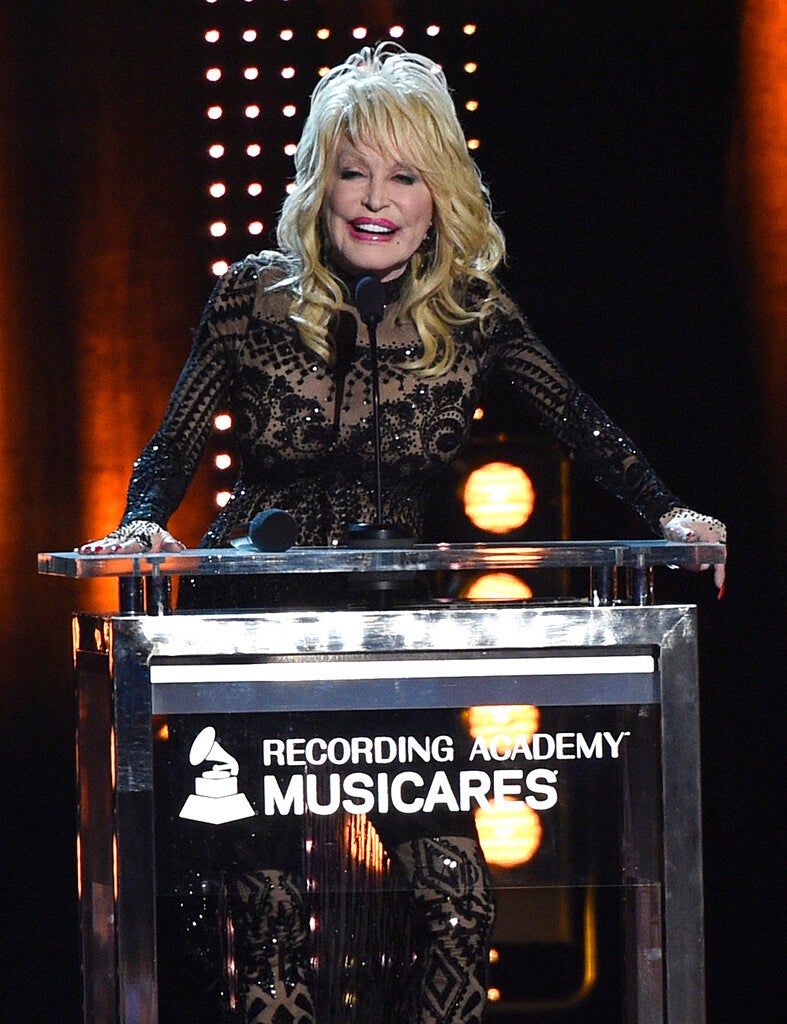 Dolly Parton accepts her award at MusiCares Person of the Year on Friday, Feb. 8, 2018, at the Los Angeles Convention Center. Image: Chris Pizzello/Invision/AP

“All of my life I have been known for two things. Well, not them,” the well-endowed Parton joked in a bawdy acceptance speech. “I’ve also been known as a singer and songwriter too. Although I’m not complaining. Ol’ Pancho and Lefty’s been pretty good to me. Everybody always expects me to do a boob joke and I like to do that right up front.”

Surprising Parton with her award and earning a standing ovation were Emmylou Harris and Linda Ronstadt, who teamed with Parton for two successful “Trio” albums. It was a rare public appearance for Ronstadt, who can’t sing anymore because of Parkinson’s disease, which Parton mentioned. 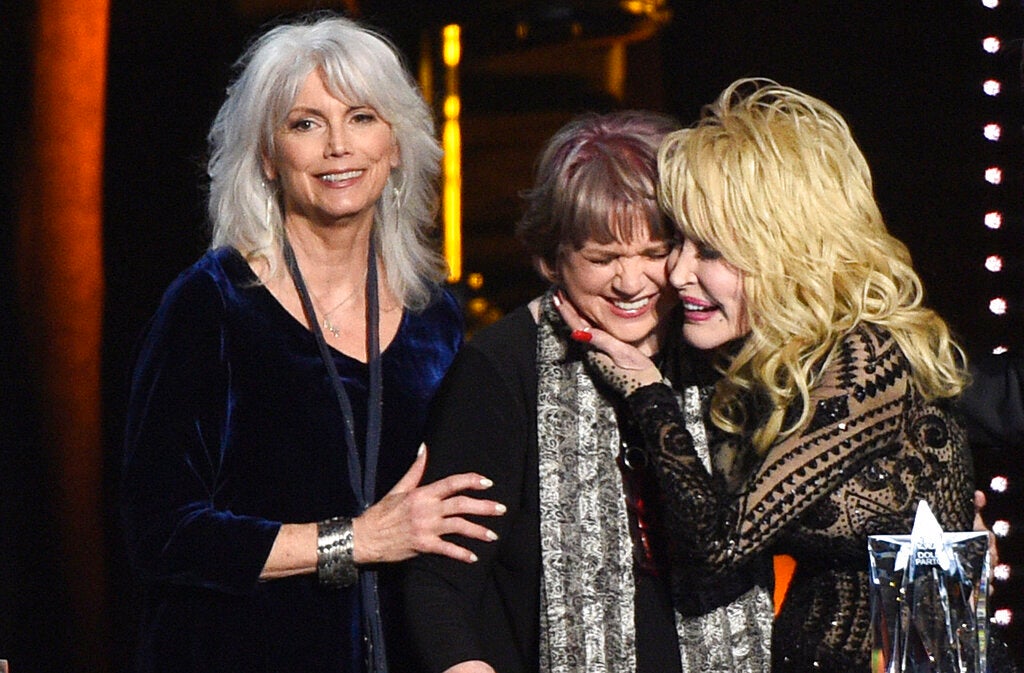 Emmylou Harris, from left, and Linda Ronstadt present Dolly Parton with the MusiCares Person of the Year award on Friday, Feb. 8, 2018, at the Los Angeles Convention Center. Image: Chris Pizzello/Invision/AP

“It has been a wonderful journey,” Parton said.

As Parton rushed to embrace Harris and Ronstadt, her award crashed to the floor. It appeared to survive intact.

Parton said people ask her about it being a man’s world when she got into the music business in the 1960s.

Earlier, Parton watched from the audience while other performers sampled her vast catalog.

Wearing a black jacket with Parton’s visage on the back, Pink kicked off the evening with a powerhouse rendition of the man-stealing song “Jolene.”

Gospel singer Yolanda Adams received a standing ovation for “I Will Always Love You,” the Parton-penned song famously covered by Whitney Houston. 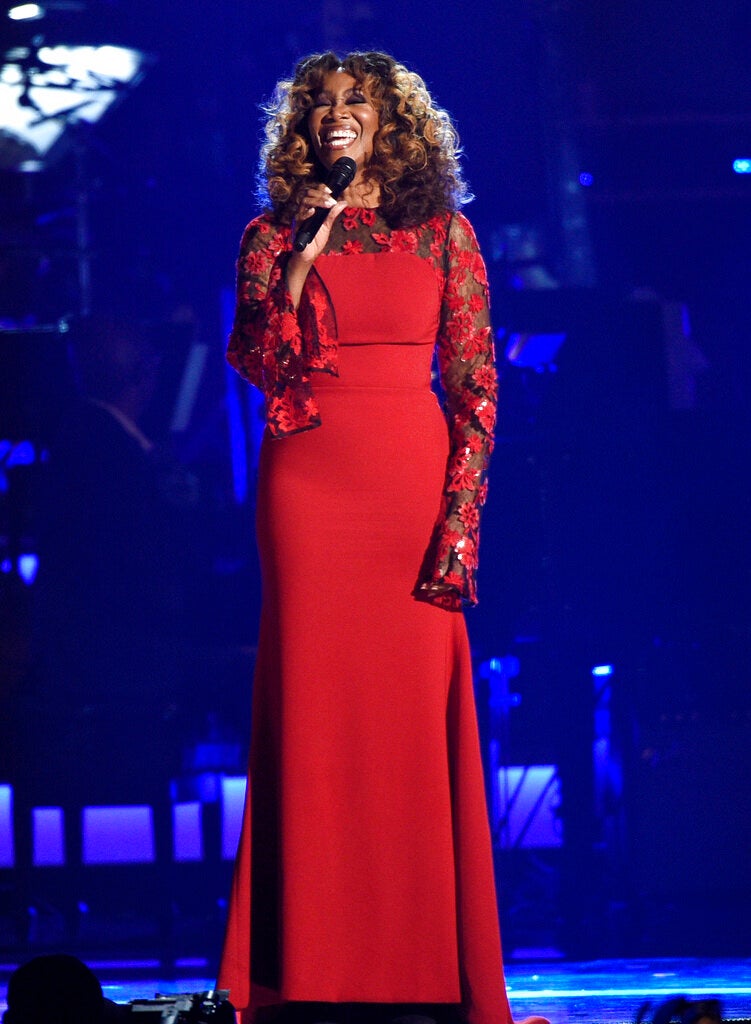 Yolanda Adams performs “I Will Always Love You” at MusiCares Person of the Year honoring Dolly Parton on Friday, Feb. 8, 2018, at the Los Angeles Convention Center. Image: Chris Pizzello/Invision/AP

Cyrus, who is Parton’s goddaughter, and Mendes dueted on “Islands in the Stream” with Mark Ronson on guitar. Grammy nominee Carlile and Nelson sang “Everything’s Beautiful (In Its Own Way).” 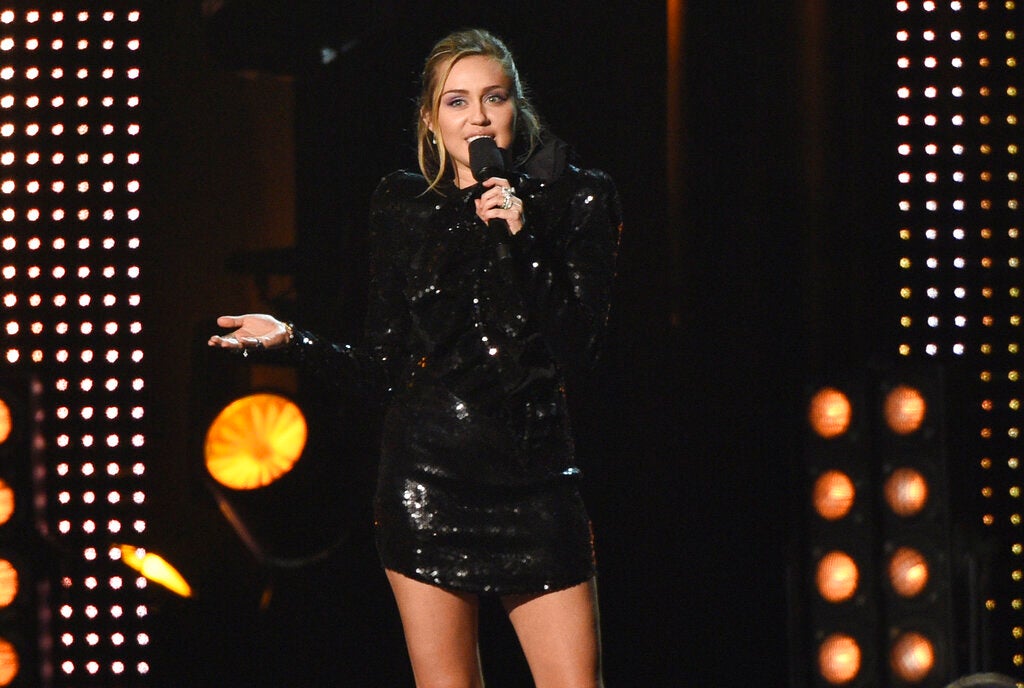 Miley Cyrus introduces a performance by honoree Dolly Parton and Linda Perry at MusiCares Person of the Year on Friday, Feb. 8, 2018, at the Los Angeles Convention Center. Image: Chris Pizzello/Invision/AP

Backed by a horn section, Stapleton tackled “9 to 5,” getting the audience clapping along to Parton’s ode to empowered yet challenged working women.

Musgraves and Perry teamed up on “Here You Come Again,” with Perry decked out in lilac fringe with matching boots and cowboy hat. 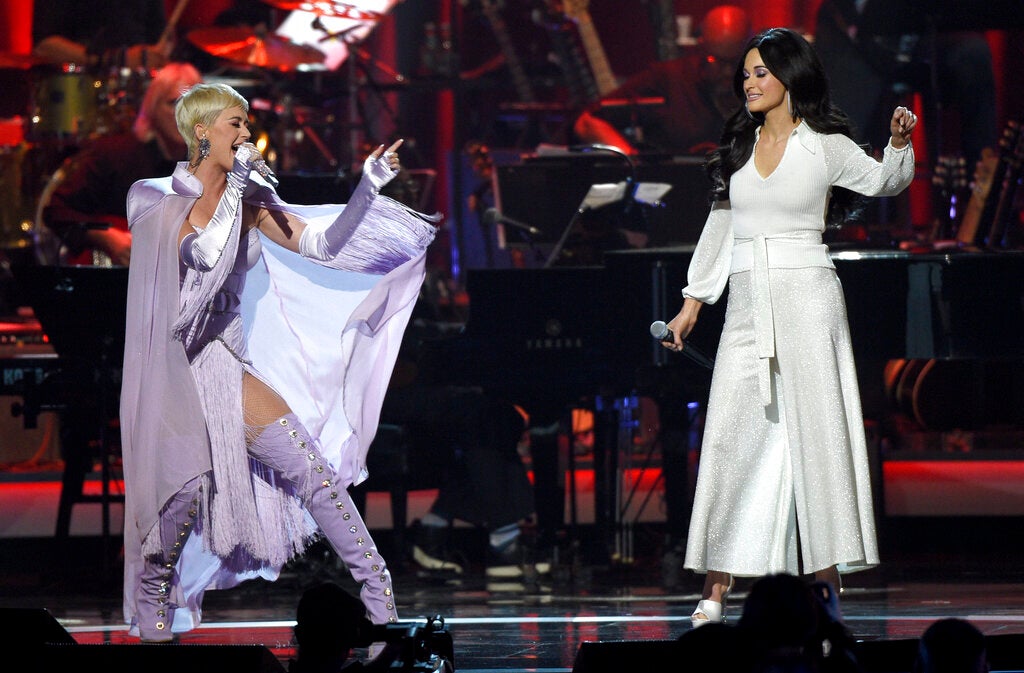 “We want to be just like her when we grow up,” Perry told the crowd.

Brooks and his wife Trisha Yearwood teamed up on “Old Flames Can’t Hold a Candle To You,” sealing it with a kiss.

Henley and Vince Gill strummed guitars on “Eagle When She Flies.”

Backed by a choir, Leon Bridges and Mavis Staples took the crowd to church on “Not Enough.” Bridges got into the spirit of the evening with white cowboy boots and a denim jacket with his name and a white horse on the back and red barn patch on the front. 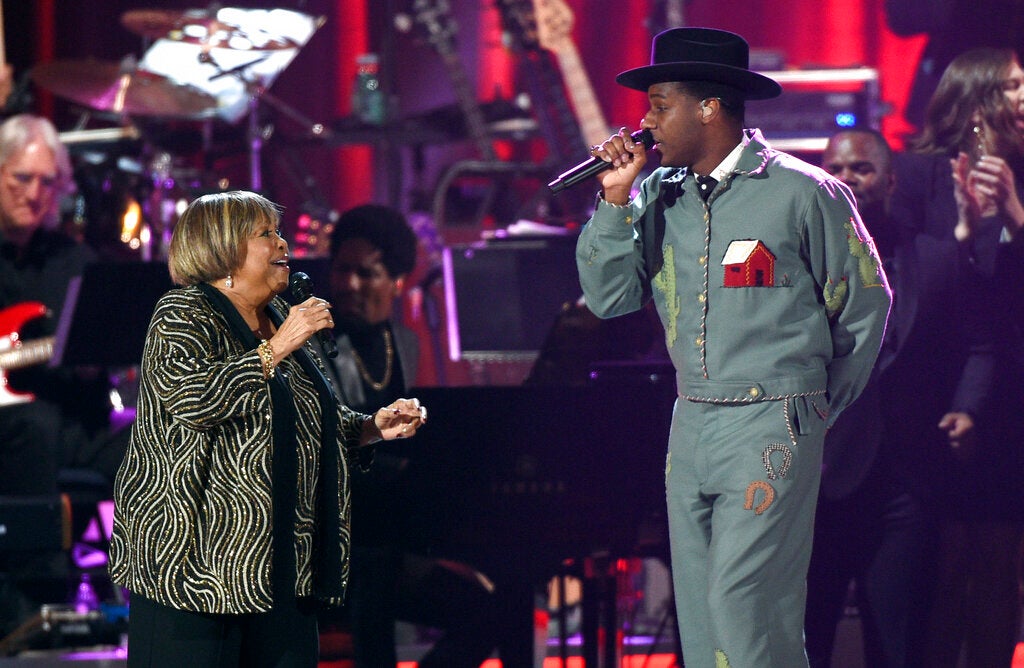 The crowd roared and Parton said, “Hey, don’t blame me. At my age, you’ll take anything you can get.”

She closed the evening by performing “Coat of Many Colors.”

“I had my nails too long to pick tonight because I’m gettin’ ready for the Grammys,” Parton explained in having Linda Perry play guitar.

MusiCares, run by the Recording Academy, provides financial assistance to individuals in the music industry during times of financial, medical and personal need.

“Of course you know we hillbillies need MusiCares too,” Parton said. “We may not have sex, drugs and rock ‘n roll, but two out of three ain’t bad.” NVG