PARK CITY, Utah — The Emma Thompson and Mindy Kaling comedy “Late Night” is already one of the biggest hits of the 2019 Sundance Film Festival with an acquisition price to match. 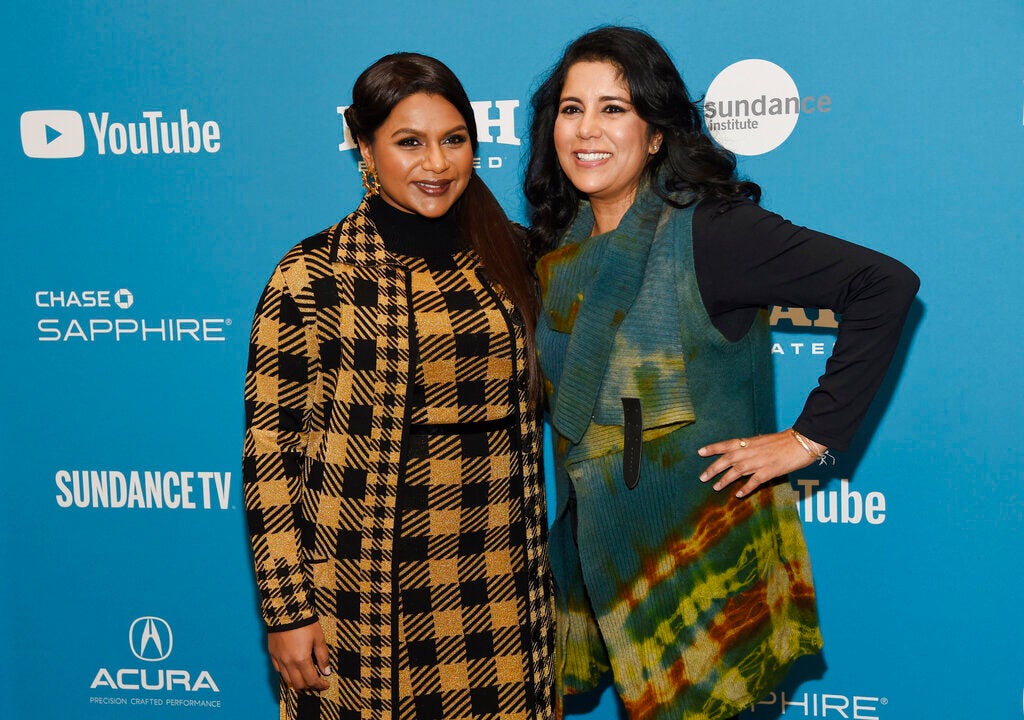 Mindy Kaling, left, a cast member and writer of “Late Night,” poses with the film’s director Nisha Ganatra at the premiere of the film during the 2019 Sundance Film Festival, Friday, Jan. 25, 2019, in Park City, Utah. Image: Chris Pizzello/Invision/AP

Amazon Studios on Saturday purchased the U.S. distribution rights for $13 million, a record for the festival.

“Late Night” follows a veteran talk show host played by Thompson who’s facing declining ratings, possible cancellation and a reputation for not liking women. Kaling wrote the script and plays the “diversity hire” in the writer’s room who has no qualifications except an undying love for Thompson’s character, Katherine Newbury. But she helps shake things up for the show.

“It’s really a movie about being a fan,” Kaling told The Associated Press. “I’ve been such a comedy nerd my whole life and I’ve always felt like on the outside looking in. I had no connections in the business, but I just loved comedy and … late-night talk shows. So the movie is just really a love letter for people who are fans of something and really want to be part of it, but don’t feel like they have any access.”

The film, which also stars Reid Scott, Hugh Dancy, Amy Ryan and John Lithgow, premiered Friday night in Park City and immediately became a must-see. Lines stretched around the block for the second screening Saturday morning and no empty seats were left in the massive Eccles Theater, where the audience buzzed about its sale that had just been reported by the trade publication Deadline.

“Late Night” is sleeker than your average Sundance movie and was originally to be made as a studio film, with Paul Feig directing. Delays left Feig unavailable, and Kaling moved on independently. Nisha Ganatra, who had directed an episode of “The Mindy Project,” eventually came on to direct.

Amazon’s acquisition of “Late Night” is the first major deal out of the 2019 festival, and one of the highest sums ever paid out of Sundance. The record-holder is “Birth of a Nation,” which went for $17.5 million for the worldwide rights. “Late Night” beat out Amazon’s $12 million deal for “The Big Sick,” which went on to become a box office hit, and Netflix’s $12.5 million for “Mudbound.”

Kaling mined her own experiences in the business both as a boss and a newcomer, and those of others, to tell the story. Her character decides that she can’t remember the names of her writers and calls them by numbers one through eight. This, Kaling said, is based on “a very famous comedy person” whom she “will never name.”

Kaling wrote the part of Katherine specifically for Thompson, whom she had yet to meet, which she called “one of the stupidest things you can do in comedy.”

“I was this creep in my home writing fan fiction for Emma Thompson, who I did not know, hoping that she would read it,” Kaling said. NVG