Michael Jackson’s estate is blasting a documentary that tells the stories of two men who accuse Michael Jackson of sexually molesting them when they were young boys, calling the film “tabloid character assassination.” 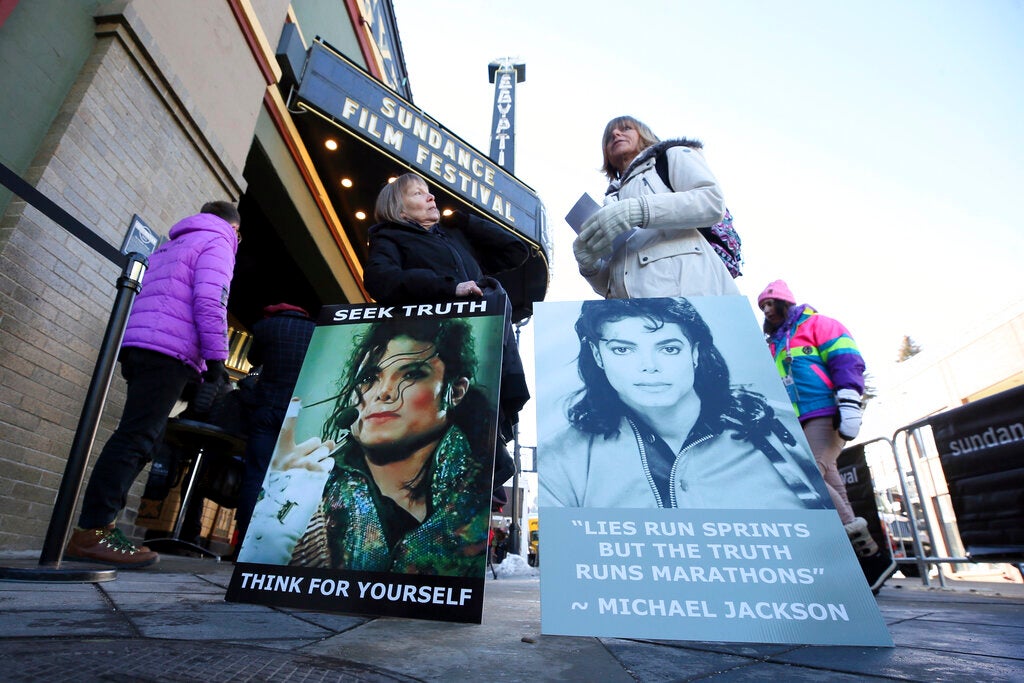 Brenda Jenkyns, left, and Catherine Van Tighem who drove from Calgary, Canada stand with signs outside of the premiere of the “Leaving Neverland” Michael Jackson documentary film at the Egyptian Theatre on Main Street during the 2019 Sundance Film Festival, Friday, Jan. 25, 2019, in Park City, Utah. Image: Danny Moloshok/Invision/AP

A statement released by Jackson’s estate late Friday calls the men, Wade Robson and James Safechuck, “two perjurers” — a reference to sworn statements the men gave when Jackson was alive that he had not abused them. The men leveled their abuse allegations after Jackson’s death.

The pair’s stories are the basis for “Leaving Neverland,” a four-hour documentary that will air later this year on HBO and Channel 4 in Britain. It earned a somber standing ovation after its premiere at Sundance on Friday.

The estate accuses the film of focusing too much on Robson and Safechuck and ignoring others who spent significant time with Jackson and “stated that he treated children with respect and did nothing hurtful to them.” NVG