Winners of the 2019 Critics’ Choice Awards 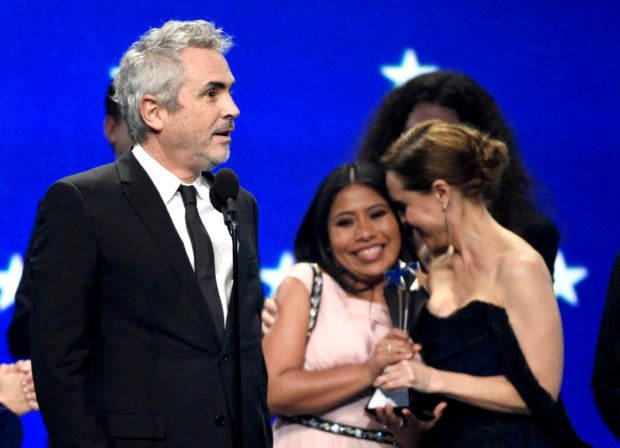 Alfonso Cuaron, from left, accepts the award for best picture for “Roma” as Yalitza Aparicio and Marina De Tavira react at the 24th annual Critics’ Choice Awards on Sunday, Jan. 13, 2019, at the Barker Hangar in Santa Monica, Calif. Image: Invision/Chris Pizzello via AP

Actress: TIE, Glenn Close, “The Wife” and Lady Gaga, “A Star Is Born”

Animated feature: “Spider-Man: Into the Spider-Verse”

Sci-fi or horror: “A Quiet Place”