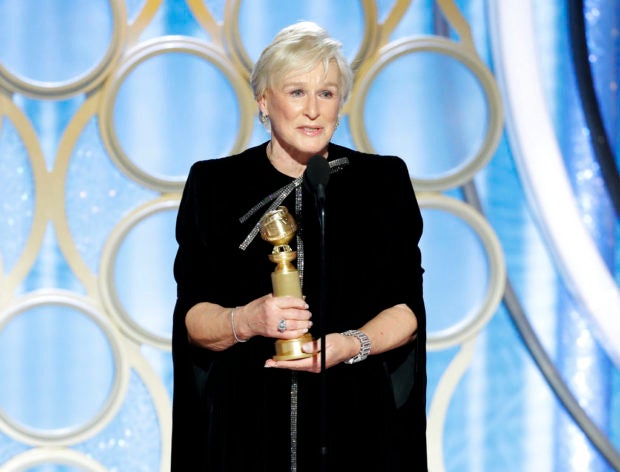 This image released by NBC shows Glenn Close accepting the award for best actress in a drama film for her role in “The Wife” during the 76th Annual Golden Globe Awards at the Beverly Hilton Hotel on Sunday, Jan. 6, 2019, in Beverly Hills, Calif. Paul Drinkwater/NBC via AP

LOS ANGELES — Outside bet Glenn Close won a best actress Golden Globe on Sunday for her role as a woman who refuses to remain in the shadow of her husband in “The Wife,” catapulting her into Oscars contention.

Close bested favorite Lady Gaga (“A Star Is Born”) as well as Nicole Kidman (“Destroyer”), Melissa McCarthy (“Can You Ever Forgive Me?”) and Rosamund Pike (“A Private War”) on her way to a third career Globe.