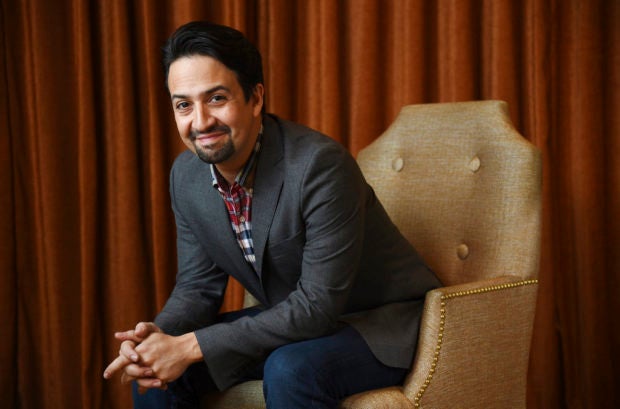 In this Nov. 28, 2018 photo, Lin-Manuel Miranda, a cast member in the film “Mary Poppins Returns”, poses for a portrait at the Montage Beverly Hills in Beverly Hills, Calif. Image: Chris Pizzello/Invision/AP

The theater actor, composer and creator of the Broadway smash “Hamilton” knew the film’s director, Rob Marshall, from such stage and screen credits as “Cabaret” and “Chicago”. And he knew the work of the composers, Marc Shaiman and Scott Wittman of “Hairspray” fame.

But there was one thing that didn’t come naturally to Miranda, even if he’s known as a musical theater pioneer — the choreography.

“I think the dancing was the most challenging aspect for me, because if you watch ‘Hamilton’ carefully, there’s a lot of incredible dancing in there, Hamilton does almost none of it. He’s standing and he’s got a lot of words to say,” Miranda said.

The learning curve was made a little easier thanks to the film’s generous nine-week rehearsal period.

“What happens when you do that with the film company is, they become a company. We were a company of actors together by the time we were starting this journey,” he said. “We all rehearsed together and that was formidable and made me feel at home.”

In the new film, Miranda plays Jack the lamplighter opposite Emily Blunt’s Mary Poppins. This time around he got to bring a completely different character to the table, one that’s opposite from his stern and hard-charging Alexander Hamilton.

“Hamilton’s pretty different from Jack the lamplighter. Hamilton’s got no child-like innocence, whatsoever,” Miranda said. Jack, on the other hand, is “sort of child-like — he’s got this sense of wonder. He sort of never lost that.”

Miranda said he’ll be forever grateful that Marshall saw those traits in him.

“I make these movies because I think part of being an artist is being in touch with that inner child. That part of us that was drawing and painting and making stuff when we were kids. Some of us specialized on those, and some of us grow up, and I feel like I’ve never grown up in a real way,” Miranda said.

Miranda won Tony Awards for “In the Heights” and “Hamilton”, with the latter also earning him the Pulitzer Prize. He feels those successes set the stage for being cast in the “Mary Poppins” sequel.

“I’ve never done a movie on the scale. But there are very few movies on this scale,” said Miranda, who recalled as a child watching Dick Van Dyke dance alongside animated penguins in “Mary Poppins”.

“You know I grew up dancing along with those penguins in front of my TV like everybody else. It’s just a dream,” Miranda said. KM