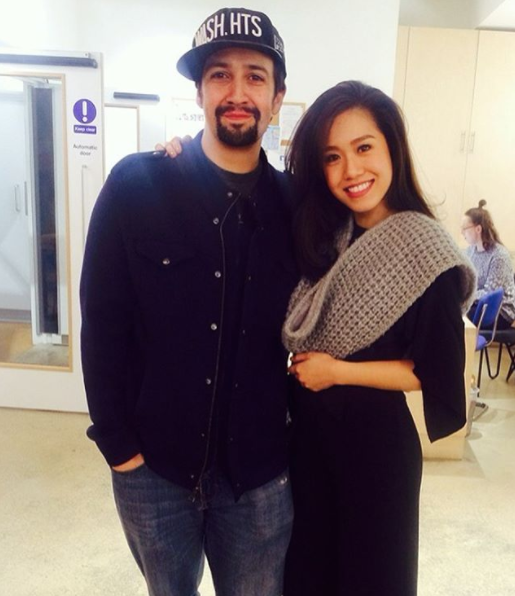 A well-meaning netizen tried to inform him of the new developments in slang, such as “lodi” (idol), to which the award-winning American playwright and actor replied, “Cool it kulit.”

He also admitted he was a bit rusty when Salonga told him, “Dude, we might need to update your colloquialisms. Chos.”

Perhaps the two Pinays on the “Hamilton” cast, Go and Christine Allado, can bring him up to speed. They play the Schuyler sisters on the historically based rap and hip-hop musical.

Miranda was there to witness it and shared how emotional he felt.

Just finished first run through rehearsal in the theater.
London, gird your heart.
This company is not playing around. pic.twitter.com/djNTyjSWbT

“London, gird your heart, This company is not playing around,” he shared. /ra

How Rachelle Ann Go bagged the role of Eliza Hamilton

Meet the (other) Filipina in ‘Hamilton’