Apart from being an international cosplayer, Alodia Gosiengfiao is also known to be a video gamer who livestreams while she plays. 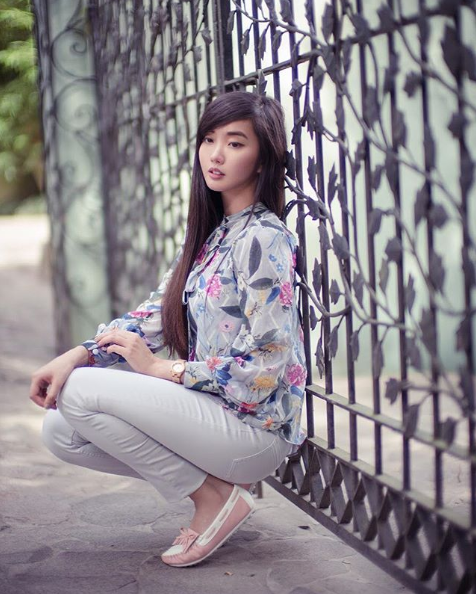 With over six million followers on Facebook, her livestreams hit thousands of views. But she found her number of viewers alarming last Tuesday, Dec. 4, while playing Mobile Legends, she said on a YouTube vlog last Saturday, Dec. 8.

At the peak of her stream, she said there were 6,000 viewers. But when she was almost three hours into streaming, the number of viewers suddenly jumped to 8,000, and then to almost 13,000 concurrent viewers.

“I was freaking out, people on the stream were freaking out and I was so confused as to why it happened,” she said.

She posted about the unusual numbers on social media and from there, found out that her name began popping up on Italian news sites.

She received messages from Italians who kindly explained that an Italian deputy prime minister and interior minister Matteo Salvini was streaming at the same time on Facebook. However, when his stream was cut off, it redirected to another livestream, which happened to be hers.

A video of the “interruption” is seen in this YouTube clip.

Salvini is known to be a far-right leader of a political party.

One Italian cosplayer with the Instagram handle @daisy_cosplay explained the situation in a direct message to Gosiengfiao: “Even [though] our prime minister is a racist idiot, his livestreams are followed both by people who agree and disagree with him.”

She said those who were amused with the “interruption” may have been people who disagree with Salvini’s views. She also said some might have stayed and watched Gosiengfiao’s livestream because they were “nerds.”

The mix-up seemed to be no fault of anyone, but Gosiengfiao still said sorry to the politician. “Apologies to Mr. Salvini for interrupting your stream,” she said, “But again thank you to all our Italian friends for explaining and dropping by my pages.” JB

Read Next
Disney again makes history with takings above $7B for 2018
EDITORS' PICK
On Day 2 of implementation, gov’t says workers now exempt from ‘no vax, no ride’ policy
DOH: 28,471 new COVID-19 cases in PH; active cases now 284,458
Acer starts the year off strong with the Aspire Vero National Geographic Edition
Over 3 Million worth of prizes to be won at Smart Padala’s SENDali Manalo Promo!
Metro Manila posts lowest temperature yet this ‘amihan’ season at 19°C
Gear up and get ready to play with Yamaha Mio Gear
MOST READ
In Batanes, octogenarian dies of COVID-19
Cold-case investigation names surprise suspect in Anne Frank’s betrayal
Czech anti-vax singer dies after deliberate infection
Derek Ramsay on being married to Ellen Adarna: ‘Gumaan ‘yung mundo ko’
Follow @NGunoINQ on Twitter
Don't miss out on the latest news and information.