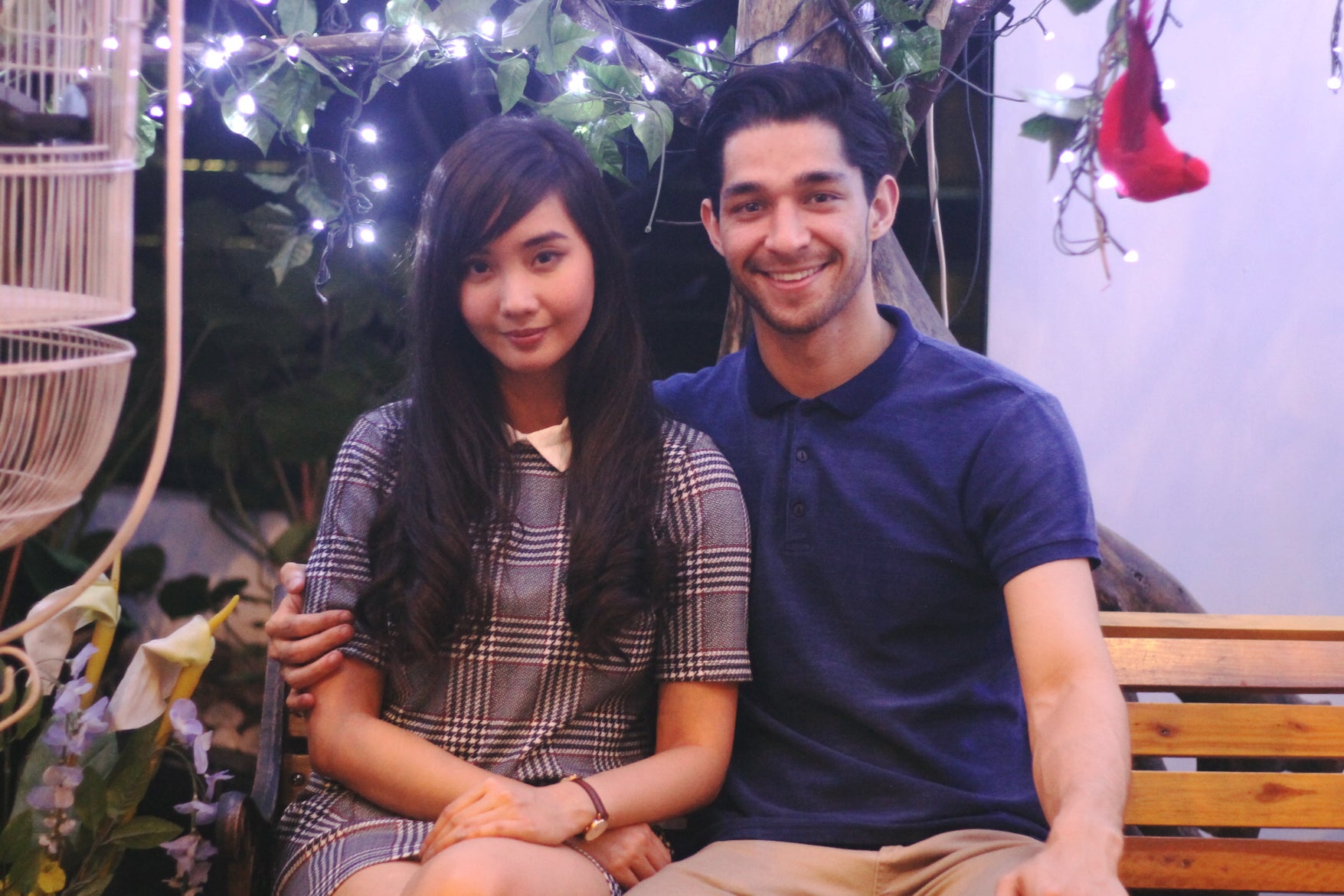 While both are internet celebrities, Dasovich explains in an INQUIRER.net exclusive interview that their fanbases are “completely different.”

His focus has been on travel vlogging and exploring the Philippines as a Fil-Am, while Gosiengfiao is immersed in geek culture, covering topics such as cosplaying and gaming.

“There was such a significant audience that didn’t know or understand who Alodia was,” he says.

“They judged me even before they meet me,” the professional cosplayer says, adding that “sosyal” (high-class) and “snotty” were some of the words used to describe her.

“Some of our best fans, they just thought she was some entitled type of person just because she’s different,” recalls the YouTube star. “She’s the complete opposite from me and maybe my audience likes the whole extrovert-friendly type of person.”

But as she appeared more and more in his travel vlogs and accompanied him through his cancer journey, his fans’ opinions changed, and soon, the Wilodia ship was sailing.

Fan videos compiling their moments together have been made well before they officially announced their relationship.

“No one knew Alodia on a personal level before she was introduced into my vlog,” says Dasovich. “I’m so proud that I got to show the world a little more of who this amazing person is.”

“Once they got to know her, now there’s a ridiculous amount of comments getting their views changed and being like, ‘oh my gosh, because of your vlog, now I understand Alodia and I respect her so much, who she is now. She’s not this sosyal, unfriendly person I thought she was,’” he says.

But of course, that introversion is part of why Dasovich loves her.

Gosiengfiao recounts a time when she was included in his vlog. “Normally people like being in your blogs right, then I messaged you, ‘Can you clip me out?’ I was so scared to tell him.”

“I never met anyone like her. She’s a very unique individual and that’s definitely what intrigued me more at the same time,” says Dasovich.

Knowing how difficult it is for her to express herself, he was moved to tears when she publicly declared her feelings for him in a vlog after he confirmed their relationship on Valentine’s Day.

READ: Alodia Gosiengfiao to Wil Dasovich: ‘My life changed since I met you’

“She’s never talked about her emotions or anything in her videos,” he says in awe.  “It’s something she’s never even been close to doing before. She’s been in long-term relationships and she’s never done anything that crazy.”

It was also a proud moment for him because “I’d say her number one fear is expressing herself as an extreme introvert.”

Similarly, Gosiengfiao is touched that Dasovich sees her worthy of being shared: “He keeps on telling people about me, showing me to the world in a different perspective.”

“I love talking about her because she’s such a great person. She makes me want to become a better person,” he says. “I just never felt this way about someone before because she’s just an amazing human being.”

And contrary to her “entitled” tag, he says, “More than anything, she’s the most kind and genuine and humble person I’ve ever met and this is something I believed even before our relationship.”

“I’ve never admired anyone as much as I admire Wil. That was from the start,” says Gosiengfiao.

“Everything he was telling me, it fascinated me, his story, his outlook on life, how he wants to inspire people. I’ve met a lot [of people] that it’s not how they think, so it’s pretty unique.”

She also praises how he’s more hardworking than she is, “which is also rare,” she says with a laugh.

“Me and her are nerds. We’re workaholics,” says Dasovich.

In fact, when he was at a low point during his cancer treatments, the two dreamed up how they could collaborate in the future.

Dasovich recalls telling each other, “‘We’re gonna get through this, we’re gonna come back, we’re gonna work together.’ One of the dreams was what if a brand got the both of us and that’s what’s happening.”

He can only reveal that “big brands” have asked for both of them, forcing them into a jam-packed schedule in the coming months.

“That’s the greatest problem you can have… too many opportunities and things to do,” he says gratefully.

But of course, there’s still room for play. The two intend to travel the world together: Egypt, Peru and Europe for Dasovich, while Gosiengfiao has the Bermuda Triangle and the Northern Lights on her bucket list. JB