Tony Labrusca ‘totally okay’ after getting punched in the face; fans relieved 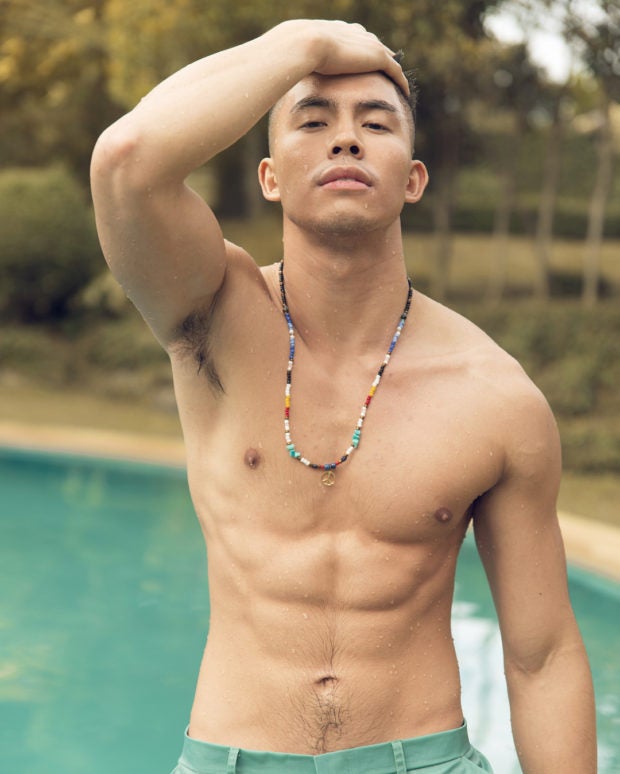 Actor Tony Labrusca assured fans that he is fine after he was accidentally “punched” in the face by a security guard during a mall tour in Batangas. A video of the incident immediately went viral on social media.

After his performance during the mall tour, he was mobbed by his fans. In an attempt to escape the crowd, the person in front of Labrusca, who was holding one of his arms, pulled him to make a dash for the exit. As they were swiftly moving forward, Labrusca was accidentally punched in the face by a security guard who was lined up along with people controlling the crowd.

“Hey guys, I noticed a lot of you are worried about me getting punched in the face in my last mall show,” Labrusca wrote on Twitter yesterday, Dec. 10. “I’m totally okay [smiley face].”

Labrusca also defended the guard who came under fire for what happened: “I know the guard didn’t mean it. Thanks to everyone for being so thoughtful!”

Hey guys, I noticed a lot of you are worried about me getting punched in the face in my last mallshow. I’m totally okay :) I know the guard didn’t mean it. Thanks to everyone for being so thoughtful!

Labrusca’s fans took to the comments section of the actor’s post to give their two cents on the matter. Many advised Labrusca to take care of himself and recuperate.

One social media user, @mnefirtiti, commented that Labrusca’s bodyguards next time should be goons, to avoid any untoward incident.

(Don’t worry, next time I won’t let you go out of the house. I don’t want you having lots of scratches in your back. I don’t want that.)

“Tony e ‘Glorious’ mo ako! (Tony do ‘Glorious’ on me!),” another fan Candice (@candicebelove02) quipped, referring to the daring movie of the actor alongside actress Angel Aquino.

I was there. Glad that you're okay! 😘 sad lang na may nagagalit kay manong guard, he didnt mean it. sana makabalik ka ulit dito 😊

I saw the video and yes he ddnt meant it thank for understanding and im glad that ur ok..

However, there are still fans who begged to disagree, while poking fun. One jokingly volunteered to punch the security guard, while another humorously said Labrusca should have fought back in retaliation for the incident.

Can i also punch that guard and tell him .. ' ow wait i did'nt mean it ' hahahaha chart keep safe po always 😊😍

One fan, joyjoy (@karenpineda_), appealed for Labrusca to visit Pampanga, then volunteered to also punch his face — with kisses.

Meanwhile, one netizen, Gina (@ginaremondz), lamented the “running away” protocol for celebrities.

“Maybe we can do something with the running thing… [hindi] naman kailangang itakbo ka (they don’t have to make you run) every time you have [a] mall show,” the fan commented. “That’s the reason they got wild. When they see you run they will also run towards you. They just want a glimpse of you.”

Maybe we can do something with the running thing..d naman kailangang itakbo ka everytime you have mall show.That's the reason they got wild.. When they see you run they will also run towards you.They just want a glimpse of you..pls.pls. keep safe always @tonythesharky

One social media user, (@BeStillHazel), summarized the reactions of Labrusca’s fans on the incident.

@tonythesharky Your supporters are insane 😂 But you love them anyway 🤗

“Your supporters are insane,” the fan wrote. “But you love them anyway.” JB