Kylie Padilla and Aljur Abrenica are getting married, as per social media posts today, Dec. 11. Details of the ceremony have yet to be publicly announced.

A post from event stylist Gideon Hermosa in the late afternoon today showed Padilla walking into a hall amid smoke, dressed in a sweetheart neckline white gown and a long veil. The venue was dimly lit and decorated with several candles and red roses.

Hairstylist Renz Pangilinan shared Padilla’s bridal look: her hair was styled in a half ponytail while pink tones in her makeup made her light skin glow. 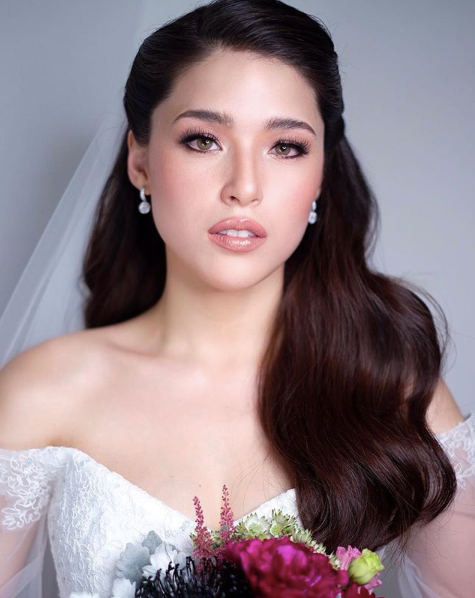 The groom wore a brown checkered suit. Behind him, guests could be seen; one of them appears to be presidential spokesperson Salvador Panelo. 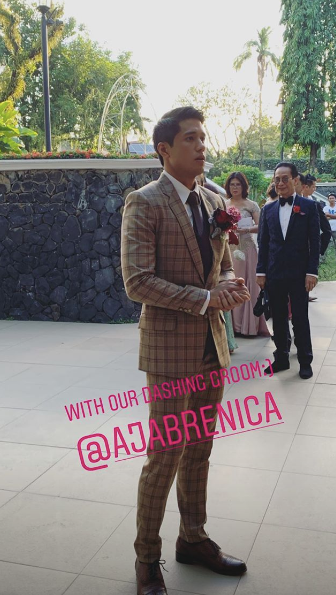 In a shoot that seems to be taken prior to the ceremony, Padilla wore a red robe. 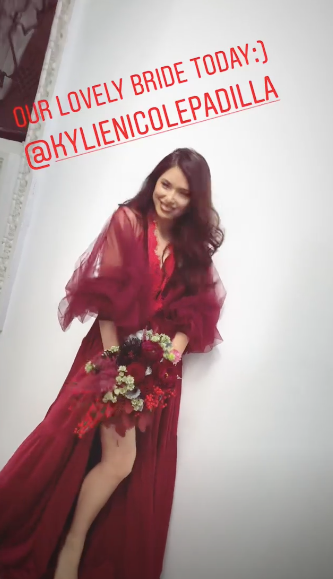 Last Dec. 1, Padilla announced that they had had their prenup shoot. The couple was engaged in January 2017 and have one son, Alas, born in August 2017. JB