Arci Muñoz on speculation that her butt is fake: ‘Ya gotta see my mama’s’

Like many celebrities, Arci Muñoz has had to field speculations of plastic surgery. And though she has not admitted to undergoing such procedures, she has previously said that she is not against them. 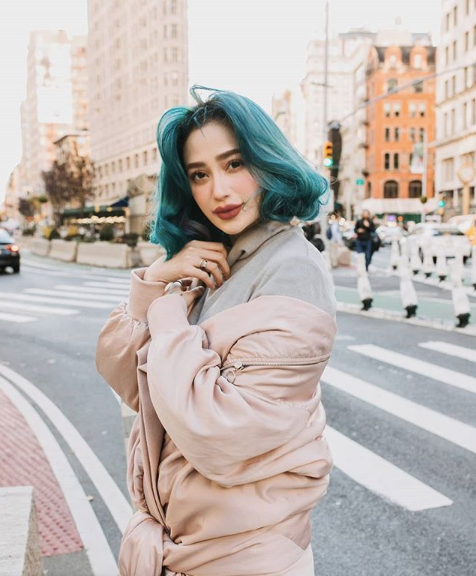 But one thing she will admit that is all-natural is her own body, after a netizen asserted that her butt had undergone plastic surgery.

The “Since I Found You” actress recently shared pictures of her in a maroon bikini on the beach, including one on Dec. 6 which bared her butt in a small bikini bottom.

She revealed an exchange between her and a follower in a direct message on her Instagram Stories yesterday, Dec. 8 possibly pertaining to her picture.

(I really like you but why did you have your butt done? Tsk tsk. It’s obvious.) 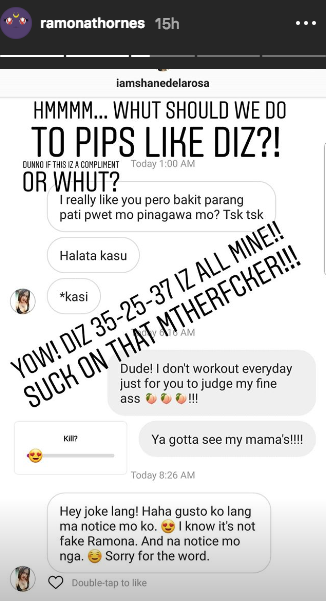 Muñoz clapped back: “Dude! I don’t work out every day just for you to judge my fine ass! Ya gotta see my mama’s!”

The netizen backtracked and apologized for what she said: “Hey joke lang! Haha gusto ko lang ma notice mo ko (Hey it’s just a joke! I just wanted you to notice me).”

Whether the apology was sincere or not, it left a bad taste in Muñoz’s mouth. She said about the exchange: “Whut should we do to pips like diz?”

“Dunno if this iz a compliment or whut?” she wondered. She also revealed her bust/waist/hip measurements as a retort. “Yow! Diz 35-25-37 iz all mine! Suck on that m*therf*cker!”

The actress is known to be confident in her toned figure, regularly sharing swimsuit pictures.  With a daily gym session, no wonder she flaunts it as she pleases.

Last August 2017, she addressed speculations that she had cosmetic surgery done on her face in a Star Cinema interview, as reported by ABS-CBN. “It’s open naman, ‘di ba (It’s open anyway, right)? Ako (Me) personally, I’m not against it. It’s my body, and whatever is going to make me feel more comfortable and more confident sa aking sarili (with myself)…I’ll do it.” JB