This December, watch “The Favourite” stake its claim as future Hollywood royalty at the British Independent Film Awards. See which films are named as the year’s best by the American Film Institute in their effective prediction of Best Picture Oscar category contenders, and see how well the European Film Awards line up with the Academy’s Best Foreign Film shortlist, while nominees for the Golden Globes, Annie Awards, Critics Choice, and Writers Guild Awards are named during December 2018. 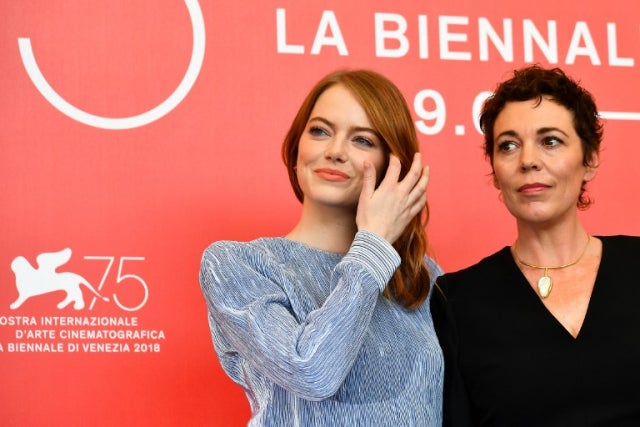 British Independent Film Awards
December 2, 2018
This is one of those relatively rare occasions where the BIFAs may end up overlapping with Hollywood galas, thanks to the status of regal drama “The Favourite” as a U.S. and British co-production. It leads the field with 13 nominations, including those for Best Actress, Best Supporting Actress, and Best Feature.
bifa.film

Annie Awards nominations
December 3, 2018
The last three winners of the Annie Awards’ Best Animated Feature have all gone on to win the Oscar equivalent, and they’ve all been Disney or Pixar productions: “Inside Out,” “Zootopia,” and “Coco.” The Annies themselves take place February 2, 2019.
annieawards.org

AFI Awards
December 4, 2018
According to past precedent, the American Film Institute’s annual top ten list should be a fairly reliable indicator of which U.S.-made films will be put forward for the Best Picture Oscar when the Academy releases its list on January 22, 2019.
afi.com/afiawards

Golden Globes nominations
December 6, 2018
Film and TV nominations across some 25 total categories, with separate races for Drama and Musical / Comedy submissions. Film awards for best supporting actor, director, and actress are then considered partial indicators of Oscar chances, to varying degrees. The 76th Golden Globe Awards are set for January 9, 2019, with Seth Meyers hosting for the second year on the trot.
goldenglobes.com

European Film Awards
December 15, 2018
This year’s EFAs take place in Seville, Spain, where four of five contenders for its prestige award, Best Film, have also been submitted to the Academy Awards’ Best Foreign Film category: “Border,” “Cold War,” “Dogman” and “Girl”; “Happy as Lazzaro” is the odd one out in terms of Oscar contention. The Academy’s shortlist for Best Foreign Film is subsequently announced on December 17.
europeanfilmawards.eu