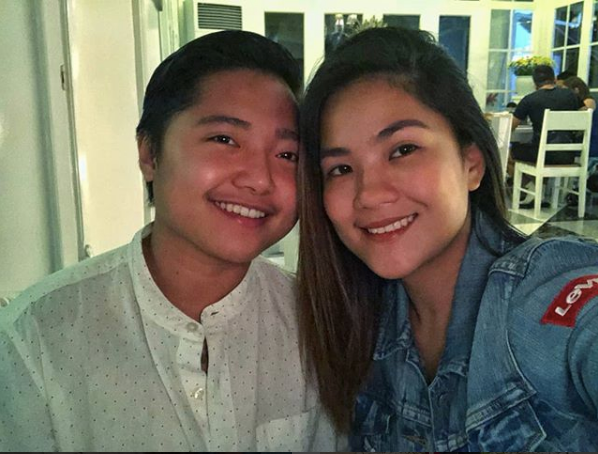 Jake Zyrus is on cloud nine after admitting a big revelation: he is now engaged.

The singer happily declared this in a Nov. 23 episode of the “I Know Right” talk show, available on ABS-CBN’s iWant.ph streaming service. Zyrus shared that his engagement is with his non-showbiz girlfriend, Shyre Aquino, a registered nutritionist-dietician.

The revelation came about after one of the show’s hosts, Darla Sauler, segued from tackling social media bashing to asking Zyrus if he was already engaged.

Zyrus tried to laugh it off at first. “I never lie so…,” he answered, then flashed the thumb’s up emoji sign card to confirm the engagement. “When somebody asks, of course we say it.”

Zyrus also revealed that Aquino was present through his journey of becoming a transgender man, adding that she was the one who took care of him after his top surgery.

He also recalled the time he told Aquino that he was transitioning to a man “because I wanted to see her reaction.” Apparently, they already knew each other when he was still known as Charice Pempengco, Zyrus added.

And as he explained to her his transition, he shared that she told him only one thing: “Mahal kita kasi ikaw ‘yan (I love you for who you are).” Katrina Hallare/JB