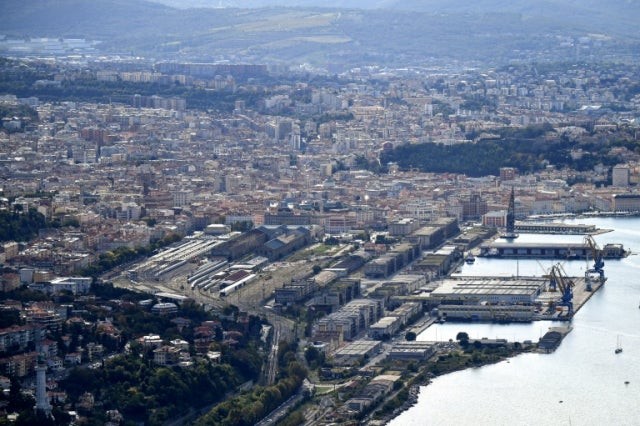 A new film is shining an uncomfortable light on the fate of thousands of Italians killed in massacres on the Yugoslav frontier at the end of the Second World War.

“Red Land – Rosso Istria” recounts events that for decades were only commemorated by neofascists, showing that things were not as black and white as previously thought and provoking a wave of reactions on social media.

From 1943 to 1947, between 5,000 and 10,000 Italians were murdered in the region around Trieste, on today’s border with Slovenia, as it was reconquered by Tito’s Yugoslav partisans, with victims often thrown alive into deep sinkholes known as “foibe”.

What began as a “cleansing” of police and civil servants associated with the fascist regime by Yugoslav and Italian partisans later became the systematic murder of Italians.

Immediately after the war, Italy wanted to turn the page on its fascist history and the crimes committed by its forces in Yugoslavia as quickly as possible.

That meant that the massacres carried out by partisans were for years only commemorated by those nostalgic for Mussolini.

It was only in 2004 that the right-wing government of Prime Minister Silvio Berlusconi initiated a national day of remembrance for the massacres.

In 2005, Italy awarded a posthumous medal to Norma Cossetto, a 23-year-old student and daughter of a local fascist official, who was raped, tortured and murdered by Yugoslav and Italian partisans in October 1943.

Her story “is a metaphor” for the fate of all the other victims of the massacres, the film’s producer Alessandro Centenaro told AFP.

The film recounts one of the partisans’ murder methods: prisoners would be shot in the head on the edge of a “foiba”, dragging others still living to whom they were tied to their deaths.

“There are many sides to this story, like the character of Giorgio, the deserter who joins the Yugoslav partisans to get rid of the fascists and ends up a victim himself,” said the film’s Italian-Argentine director Maximiliano Hernando Bruno.

The film was premiered at this year’s Venice Film Festival and also screened this month at the Italian Senate, where it was hailed by politicians from left and right.

Comments on the film’s Facebook page hail the “powerful story”, which “finally does justice to the victims” and “shines a light on a truth that has been hidden for too long”, which “should be shown in all schools”.

But some Internet commentators have also accused the director of being fascist or revisionist.

Hernando Bruno dismisses such critics as “provocateurs who haven’t seen the film.”

Some say that the film is being “boycotted” because it has received little coverage in Italian media.

Unusually, far-right Interior Minister Matteo Salvini on Monday shared a list of the around 30 cinemas showing the film with his millions of followers on social media.

“For decades, left-wing politicians and intellectuals have done everything to hide this truth,” Salvini said.

“Go and watch it and pass the word along, so that those who were killed simply for being Italian may at least be honored by our memory,” he said. AB