LOOK: DILG, PNP officials in smiles after meeting with ‘Cardo’ 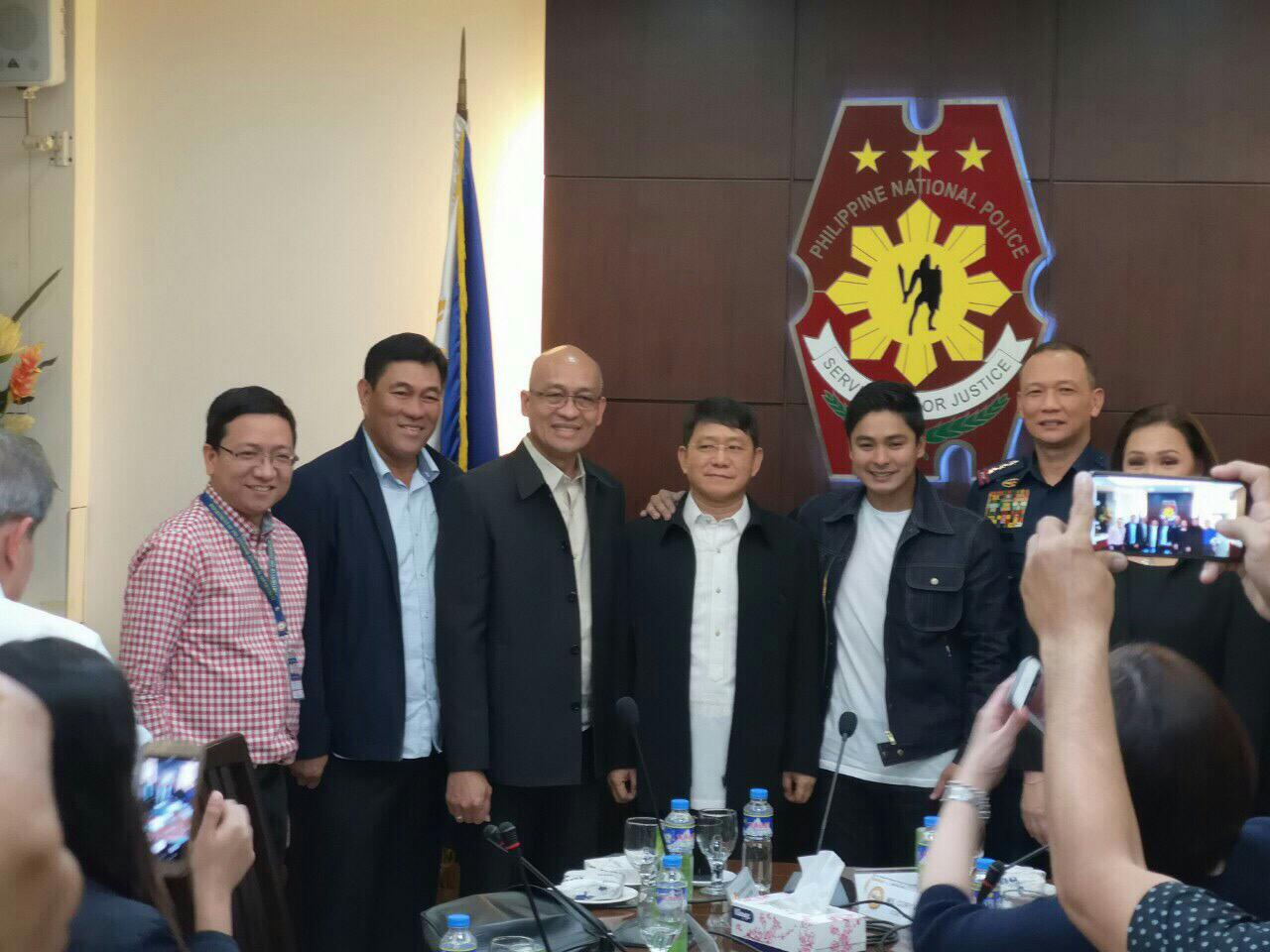 Officials of the Department of Interior and Local Government (DILG) and the Philippine National Police (PNP) appear to have ironed out their issues with ABS-CBN’s teleserye “FPJ’s Ang Probinsyano” after meeting actor Coco Martin who plays the show’s protagonist Ricardo Dalisay.

PNP Chief Director General Oscar Albayalde earlier called out “Ang Probinsyano” for giving a bad impression of police officers, as the PNP chief in the show was portrayed as a corruptible official.  ABS-CBN later countered that the show is a work of fiction.

Earlier, ABS-CBN and DILG issued a joint statement, where it was revealed that the television series which is directed by Martin himself would continue to air, mindful of the PNP’s image.