Janine Gutierrez grateful for ‘Victor Magtanggol’ despite being ‘nervous, unsure’ 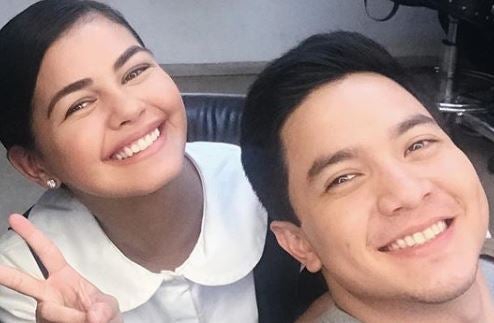 Kapuso actress Janine Gutierrez recently took to social media to express her gratitude for being a part of “Victor Magtanggol,” which aired its last episode last Friday, Nov. 16.

The show may only have lasted four months, having aired its pilot episode last July, but for Gutierrez, it was an unforgettable experience she would be carrying throughout her lifetime. As per her post on Instagram on Nov. 21, she likened her character, Gwen, as her own Mjolnir (the hammer of Thor)—a thing that was given to her  unexpectedly, but still took her on a memorable journey.

“At first I was unsure and really nervous but very grateful,” Gutierrez wrote. “And then it turned out that, in a way, Gwen was my very own Mjolnir – something unexpected entrusted to me that ultimately brought me on a great trip.”

Gutierrez only had praises for the cast she worked with and whom she called “insanely talented” and inspiring of the highest order.

She also addressed director Dominic Zapata, senior executive producer Mona Coles-Mayuga, program manager Nini Matilac, and concept creator Jules Katanyag in her post, sharing how lucky she and the cast were to have been with them.

Moreover, Gutierrez shared some of the things she learned playing her character, whose existence she could only credit to the brilliant writers of the show.

“She (Gwen) taught me that you can’t run away from your problems. Face your life and all that comes with it – your mistakes, your hopes – head on and heart strong,” she said. “Always say what you mean. Fight for your dreams, for the people you love, and for your self. When it gets too hard, rest but don’t quit.”

And apart from thanking all the fans for their fervent support, Gutierrez did not forget to honor co-star Alden Richards, telling him how happy she was to have been with him in their “magical adventure.”