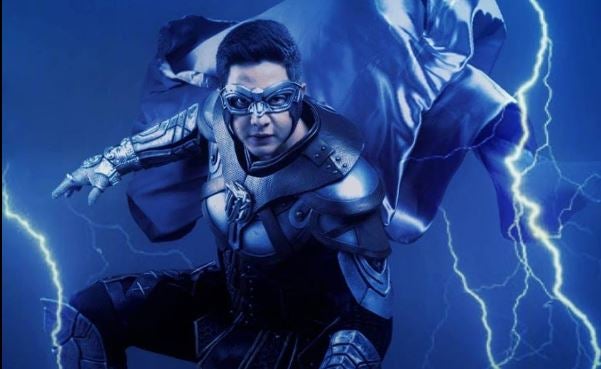 Many fans of actor Alden Richards were excited and proud when the much-hyped action-fantasy series “Victor Magtanggol” came to the fore in July, with Richards emerging as the show’s titular hero out to protect the mortal world from evil and chaos.

It was an undertaking that saw Richards go to great lengths just to show how dedicated he is to the role, even taking up parkour training just to prepare for the scenes. Notable, too, was Richards’ commendation of the production crew, specifically in surpassing his expectations when it came to producing the visual effects of “Victor Magtanggol.”

Two months on, “Victor Magtanggol” remains steady in the teleserye race. As for the visual effects he lauded, many of his viewers agreed with his sentiments, taking to social media to praise the show. But not absent, too, were critics who pointed out inaccuracies and sub-par quality in the visual effects of the show on more than one occasion.

Netizens took to the comments section of the video, with some commending the show for its visual effects and others criticizing it for its seemingly sub-par quality and execution.

A certain Romnick, however, commented that the crew of “Victor Magtanggol” shouldn’t force using CGI (computer-generated imagery) effects if they couldn’t execute it well.

“Ok I get it.The idea is there but they just really can’t execute and materialize everything well because of low cost production,” wrote the netizen. “Solution? Wag na kasing pilitin kun di pa handa. Focus on better storyline that doesn’t require much of animation. Basic.”

Meanwhile, another netizen on Sept. 4 took to Facebook to point out the inaccurate effects in the show. A certain Coy shared scenes from the Sept. 3 episode, “Meet the Regalados,” which showed a shooter pointing a sniper at Richards.

In the picture, a sniper’s eye can be seen being focused on Richards. However, the other photos show the shooter wearing shades with no sniper’s scope to look into.

A certain Nico David, too, took to YouTube last Aug. 14 to analyze the CGI effects of the show, particularly a scene wherein Richards was shown catching a bunch of tomatoes with his shirt.

The netizen then showed a scene from “Spider-Man” wherein Peter Parker (Tobey Maguire) caught the tray of MJ after she slipped in the cafeteria.

Other viewers of “Victor Magtanggol” have taken to Twitter to air their own sentiments. A certain Kael (@benooooy) last Sept. 3 wrote that it seemed as if the rendering of the CGI wasn’t finished, and recommended that the crew just stick to traditional effects if the budget isn’t enough.

Meanwhile, some netizens liked the visual effects of “Victor Magtanggol.” One Mirriam (@MirriamCana) commended the show for its effects, especially whenever Hammerman (Richards) arrives in the scene.

A certain Jeff (@YesMrJeff) also came to the defense of the show last Sept. 3, saying that he liked the effects and story. He, too, wrote that people should just support local entertainment instead of criticizing it.

“[I don’t know] why some [people] dislike Victor Magtanggol,” wrote the netizen. “I like the effects and the story itself, why don’t we just support our local entertainment shows? Tapos sasabihin niyo, ‘Kaya walang pag-unlad sa Ph eh.’ Even just this show you do not support. [Shaking my head].”  /ra

Idk why some ppl dislike Victor Magtanggol. I like the effects and the story itself, why don't we just support our local entertainment shows? Tapos sasabihin niyo "kaya walang pag-unlad sa Ph eh" even just this show you do not support. Smh. #VictorMagtanggol #skl

Alden to perform ‘buwis-buhay’ stunts in his Sept. 21 show