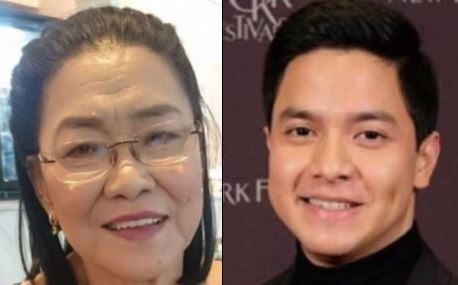 Veteran talent manager and columnist Lolit Solis is glad that Alden Richard’s “Victor Magtanggol” finished its agreed length of run. It may not have unseated Coco Martin’s “Ang Probinsyano,” but for Solis, what matters is that Richards gave his all in the role.

It was back in July that “Victor Magtanggol” aired its pilot episode. Many have since tried to pit the show against ABS-CBN’s “Ang Probinsyano,” which led in the ratings, but the numbers, it appears, were never the most important thing.

Solis wrote that many viewers still loved the story of “Victor Magtanggol” and was more than enough to make the fans happy. More importantly, Richards was able to showcase his talents as an actor, thanks to the show.

There may be bashers out there who are ready to pounce on Richards with malicious, hurtful remarks, but Solis only dared them, as she knows Richards is not the kind who allows such things to bog him down.

Solis also attested to Richards’ character, saying he “is one good example of a good man” for his faith in God, his love for his family, and utmost respect to the people around him. Even a mere basher would be ashamed for attempting to put him down.

You just can’t keep a good man down.  /ra

‘Victor Magtanggol’ did not copy ‘Thor’ but some elements are similar