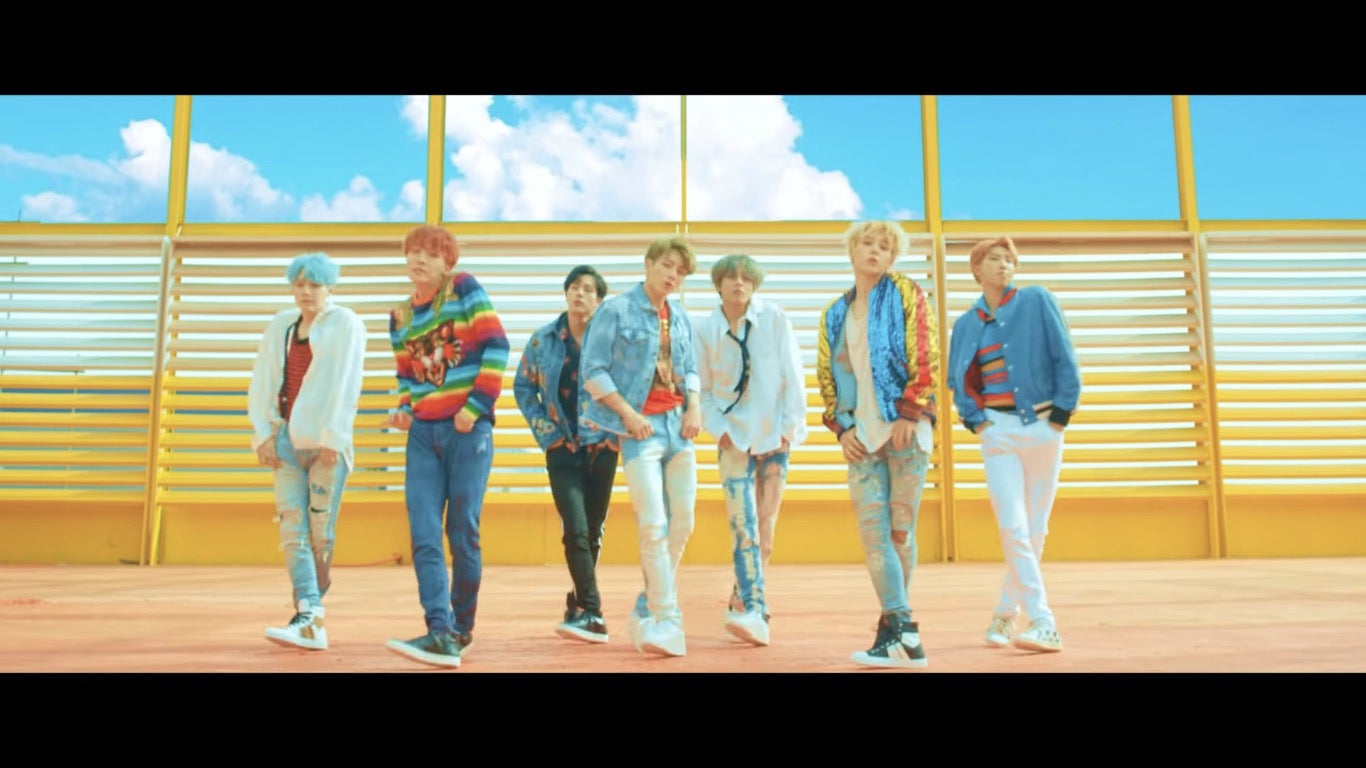 Just as its latest music video went online, Korean boy group BTS made history when its music video “DNA” was the first by a Korean group to hit 550 million views.

The feat took one year and two months or some 427 days to reach the number of views, as reported by Soompi.

“DNA” is also the only music video by a Korean group to go past 500 million views so far.

The song debuted in 2017 as part of the mini-album “Love Yourself: Her.” Since the video’s release, it has repeatedly smashed records as the first group music video to hit 350, 400 and 450 million views.

BTS’ latest song, “Waste It On Me,” was a collaborative project with famed DJ Steve Aoki. The music video went live on YouTube on Nov. 19 through the Ultra Music channel and featured comedian Ken Jeong. As of this writing, the music video has over 4.6 million views.

Prior to the music video’s release, a lyrics video was uploaded on Oct. 25 and has currently over 27 million views.  Alfred Bayle /ra