WATCH: Steve Aoki calls on BTS fans to make ‘Waste It on Me’ No. 1 | Inquirer Entertainment
Close
menu
search 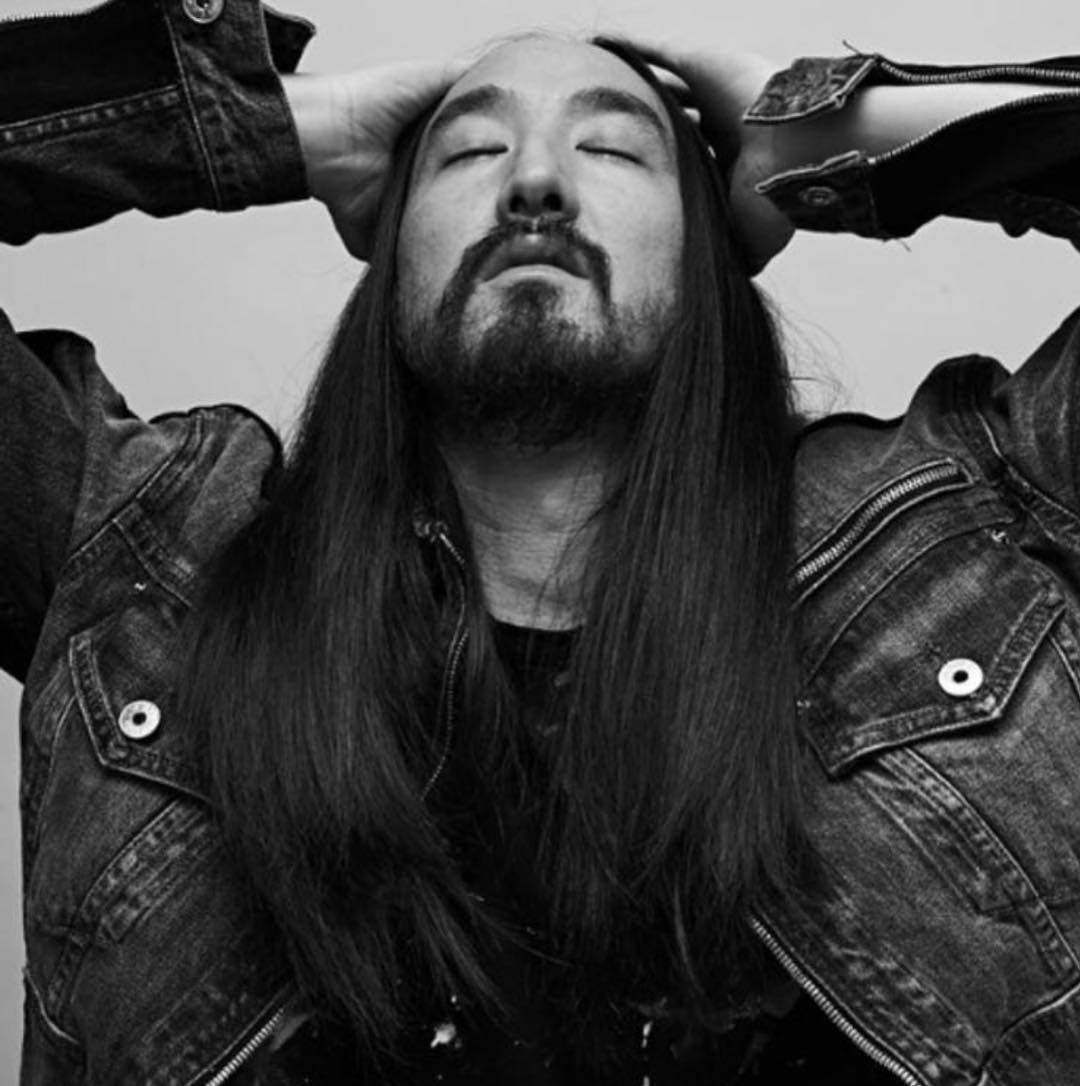 Famed DJ Steve Aoki called on the fans of Korean boy group BTS to make their new collaboration song “Waste It on Me” No. 1.

Aoki teased BTS fans, also referred to as ARMY, with the release of a new collaboration song through a tweet on Oct. 24. A teaser was later uploaded on the YouTube channel BTS BEING BTS on the same day. 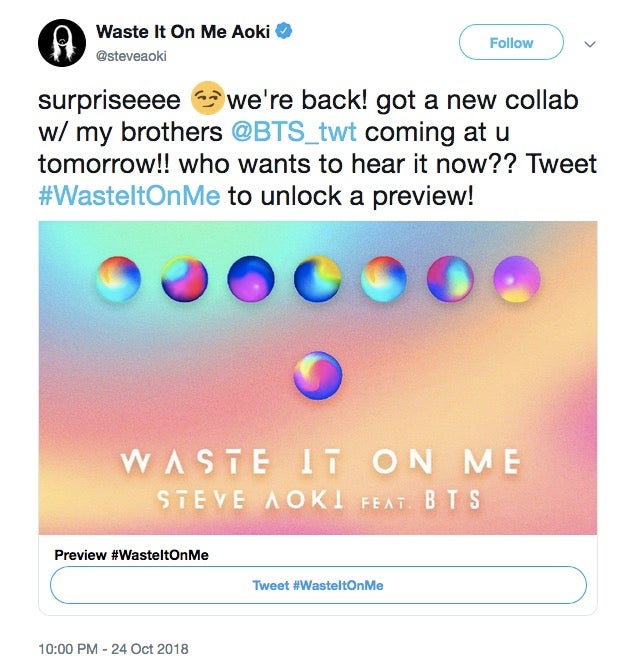 An update uploaded today, Oct. 25, showed Aoki heading over to billboard to meet with fans. The footage also showed several screens apparently displaying the earlier released teaser. Before any music could play, the scene suddenly cut to Aoki again who asked fans to make “Waste It on Me” No. 1.

The YouTube video’s description suggested the new song’s music video will go online at around 10 p.m. Korean Standard Time (9 p.m. in the Philippines). Meanwhile, Aoki’s previous tweet suggested the day to be Oct. 25.

Aoki and BTS previously collaborated in 2017 to produce a remix of the hit song “MIC Drop.” The remix featured rapper Desiigner and was released on Nov. 24.  /ra