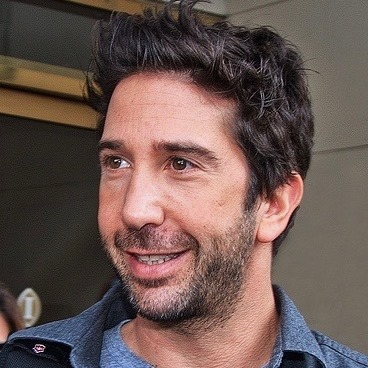 Actor David Schwimmer “defended” his innocence after a lookalike of his was caught on camera robbing a store in Blackpool, United Kingdom. He even took it lightheartedly and poked fun on the matter.

Blackpool Police posted on Facebook Tuesday, Oct. 23, about a man supposedly stealing a bunch of beer cans. The post went viral because netizens noticed that the suspect looked a lot like the actor.

Now, the “Friends” alumnus thought he could have some fun by expressing his take on the matter. He did so on Twitter yesterday, Oct. 24.

In the video posted, the real Schwimmer is caught on camera stealing beer cans and tried to go unnoticed. The actor even sported a black jacket, just like the thief in the police department’s posted footage.

“Officers, I swear it wasn’t me,” Schwimmer said. Maintaining his innocence, he said that he was in New York at the time of the crime. He also wished the Blackpool Police good luck on the investigation.

Officers, I swear it wasn't me.
As you can see, I was in New York.
To the hardworking Blackpool Police, good luck with the investigation.#itwasntme pic.twitter.com/EDFF9dZoYR

Netizens reacted on Schwimmer’s post, such as one Kelly Fowler (@kellyfirehorse) who compared the thief and Schwimmer’s photo side by side. “I don’t know man, this is pretty damning,” she remarked.

I don’t know man, this is pretty damning 🧐 pic.twitter.com/aINtxWg1Ql

Some “Friends” fans could not help but allude to the beloved comedy show. Susie McCormick (@Susie61180) photoshopped Schwimmer in an image along with his cast mates, lounging at their coffee house, Central Perk.

“The one where Ross brings all the beers,” she commented.

The one where Ross brings all the beers 😅 pic.twitter.com/RBUPIF9wB5

One Andrew Hanson (@Andronski) pointed out that Russ, a lookalike of Schwimmer’s character Ross from the comedy series, was the thief in the video.

As of writing, Blackpool Police are still hunting the thief. They also proved that they attest to Schwimmer’s innocence by clarifying that he was indeed not the man caught on the surveillance footage. JB

Still there for you: ‘Friends’ most-viewed UK streaming show

Matthew Perry shares why he won’t do ‘Friends’ reboot