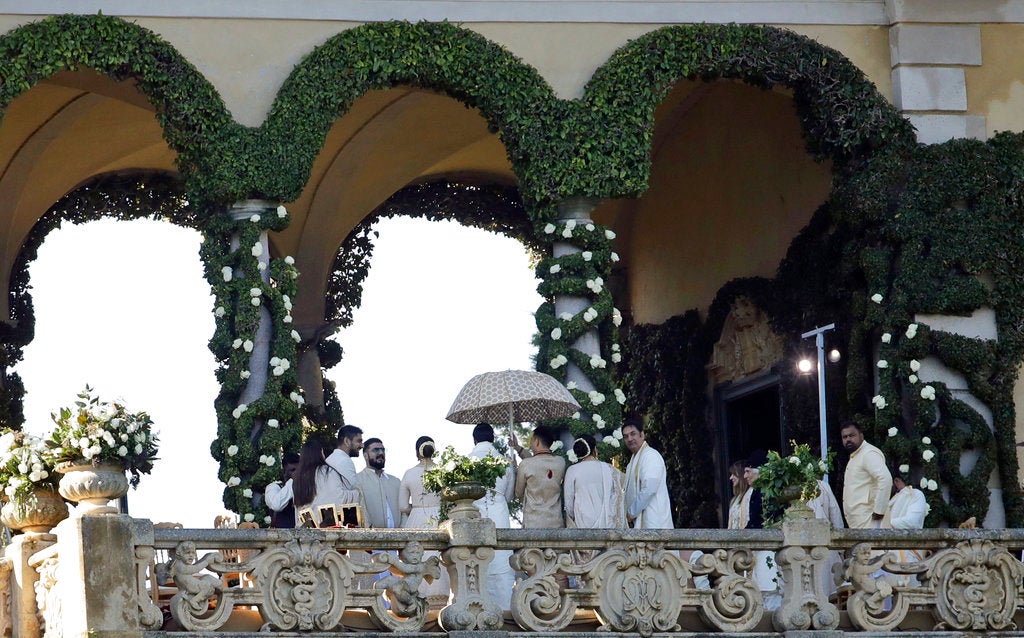 TREMEZZINA, Italy (AP) — Bollywood stars Deepika Padukone and Ranveer Singh are getting married at a villa on Italy’s Lake Como that has screen credits of its own.

Wednesday’s ceremony at Villa Balbianello coincides with the fifth anniversary of the release of the couple’s first movie together.

The bridal party and guests arrived by boat and all wore shades of white, matching the white roses that dotted the ivy-covered columns of the villa’s terrace. Private security guards stood watch from boats on the lake, along with Indian and international paparazzi.

Villa Balbianello has been used as a location for films that include installments of the Star Wars and James Bond franchises. Once a retreat for artists and writers, the home was bequeathed by its last owner to an Italian foundation that preserves the country’s cultural heritage.

Padukone, 32, and Singh, 33, met co-starring in the 2013 film “Goliyon Ki Rasleela Ram-Leela,” a modern take on “Romeo and Juliet” with an Indian twist. They have been in two more movies together, “Bajirao Mastani” and “Padmaavat.”

Padukone is the only Indian actress to be on Time magazine’s “Most Influential People in the World” list.

The daughter of Indian badminton player Prakash Padukone, she is one of Bollywood’s highest paid actresses and has won a slew of awards.

The social media darlings announced their wedding plans on Twitter, where fans have been exchanging wedding-day gossip and news using the hashtag Deepveer. AB