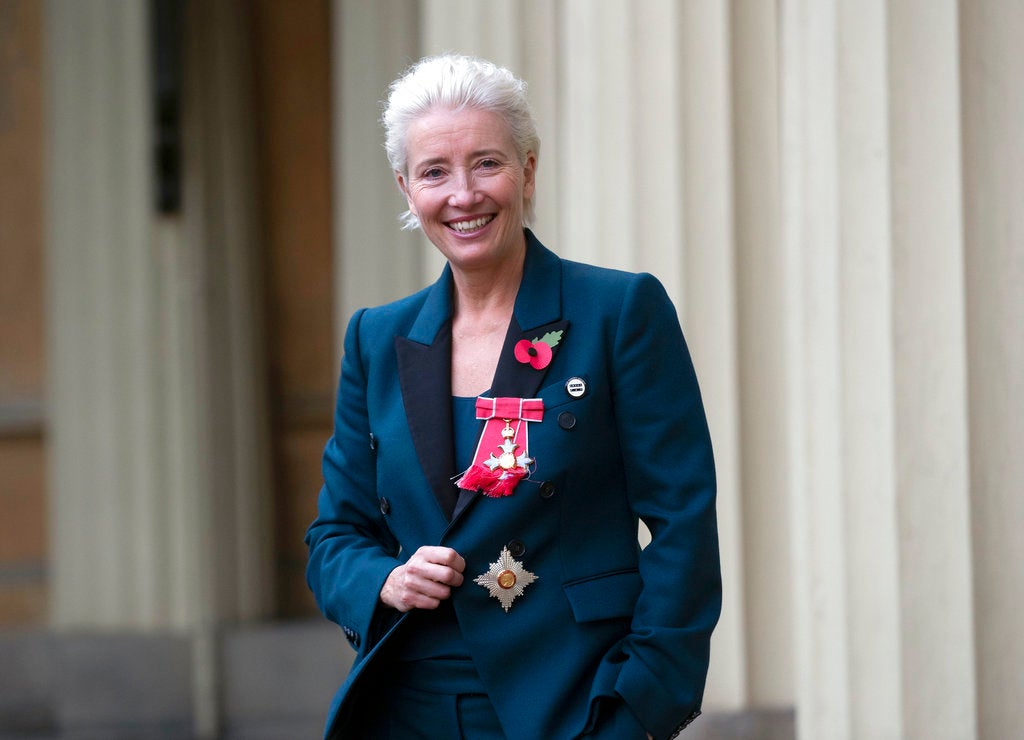 Emma Thompson stands outside Buckingham Palace, London, after being made a Dame Commander of the British Empire by Prince William on Wednesday Nov. 7, 2018. Image: Jonathan Brady / AP

LONDON (AP) — Oscar-winning actress Emma Thompson has received one of Britain’s highest awards from Prince William — and thought about giving him a kiss at the Buckingham Palace ceremony.

Thompson received a damehood on Wednesday in recognition for her splendid career, an event made special by the fact that it was given to her by William, a longtime friend.

Thompson was named for the female equivalent of a knighthood in the Queen’s Birthday Honors List in June.

She plans to use the honor to focus attention on the plight of poor children who don’t get adequate food during school holidays. AB