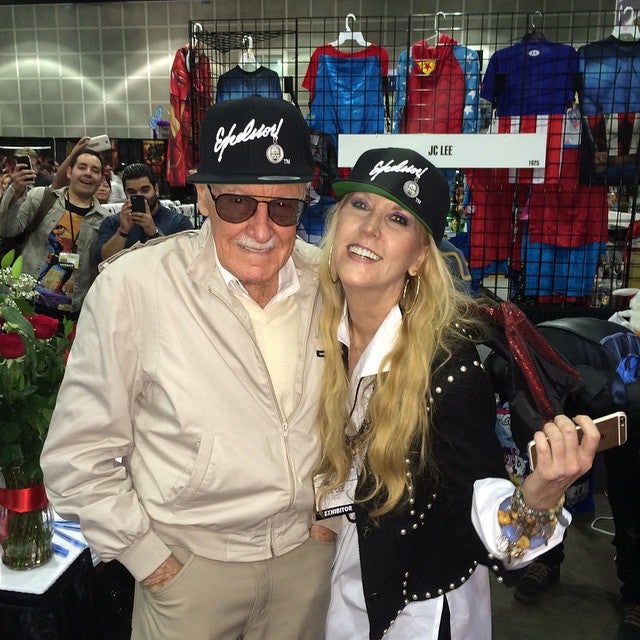 The hero, dubbed “Dirt Man,” held a special meaning for J.C. because it was a character that she and Stan both worked on. “I’ve been trying to get him (Stan) to do a character with me my entire life. He did listen to me and we had been working on a character called ‘Dirt Man,’” said J.C. during an interview with TMZ.

J.C. referred to Dirt Man as the “last little angel we have tucked away.” She did not reveal specifics about the character’s powers or backstory. The only hints J.C. gave away was her request for Stan to skip with the clatter, the steel, just get down and dirty and “do what’s going on about love.”

“It’s very interesting. It’s not over yet! We still have a little trickery,” exclaimed J.C.

The character’s development timeline was also left a mystery, but when asked if Dirt Man would get a movie, J.C. said she hoped so.

J.C. then mentioned how much Stan the Man loved the fans, or the “true believers” as he liked to address them, and how everything he created was for them. J.C. began to choke up when she recalled her time working in Marvel Comics.

“When my father could, he answered every fan letter that he could answer. He loved them. It’s all about the fans,” said the emotional J.C. “My father loves them so much.”

In honor of Stan the Man, J.C. decided to put up a foundation in her father’s name, the Stan Lee Childhood Literacy Foundation. She said the organization will focus on helping children find greater appreciation in the importance of reading and writing.