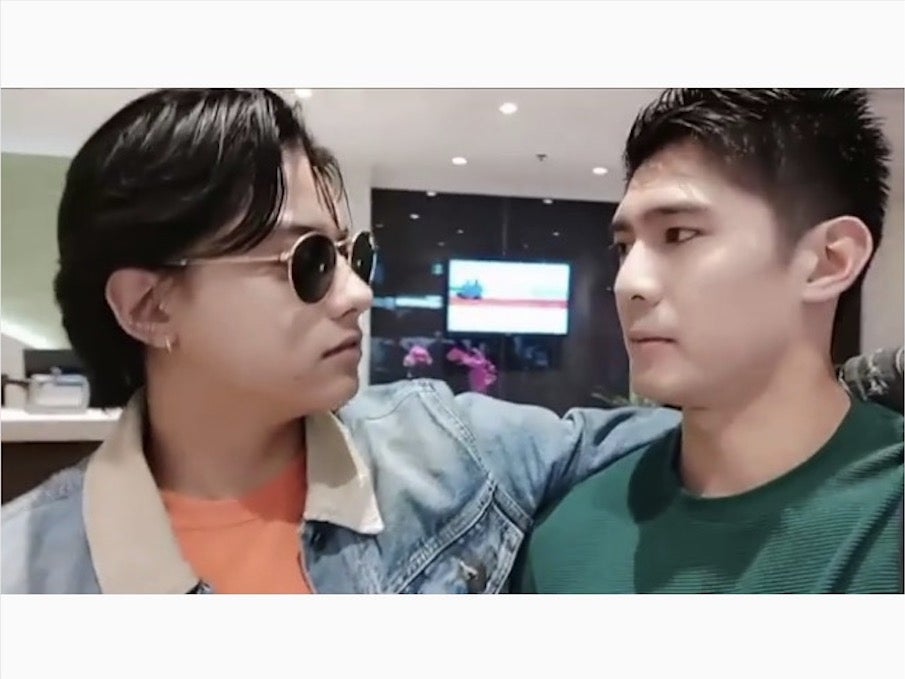 Robi Domingo pulled a couple of pranks on Daniel Padilla and Enrique Gil to promote his upcoming video blog.

Domingo uploaded on Nov. 13 two short clips of his pranks on Twitter as he announced the launch of his new vlog on YouTube. According to his post, the reason why he kissed the two actors on the cheek would be revealed in his first post today, Nov. 15.

Gil and Padilla had different reactions to Domingo’s stolen kiss. Nonetheless, both proved amusing enough for the actor’s fans.

The first clip featured Gil, who was with Domingo while they were both in the dressing room. Gil had been casually talking about something when Domingo suddenly kissed him after a sentence. Rather than be surprised, Gil gave an off-hand-sounding “Oh thank you,” before the clip ended.

On the other hand, Padilla’s reaction to the stolen kiss from Domingo was a little more animated. The second clip opened with Padilla coming over to put his left hand over Domingo’s shoulders. He appeared to be looking for something. Domingo feigned giving directions. When Padilla had his gaze focused elsewhere, Domingo quickly landed a smack on his cheek before casually walking off with camera in hand. The surprised Padilla quickly wiped his face with the sleeve of his jacket, then went the other direction.

Yup, this happened. 😂
Catch this in full on Thursday, November 15!
Subscribe to my channel:https://t.co/zx9GDhIyoG pic.twitter.com/S8UFVlmtXs

Domingo also added a couple more teasers on Instagram Stories, which he uploaded today and around midnight Nov. 14. One of the clips featured Liza Soberano while she talked about playing Mobile Legends. 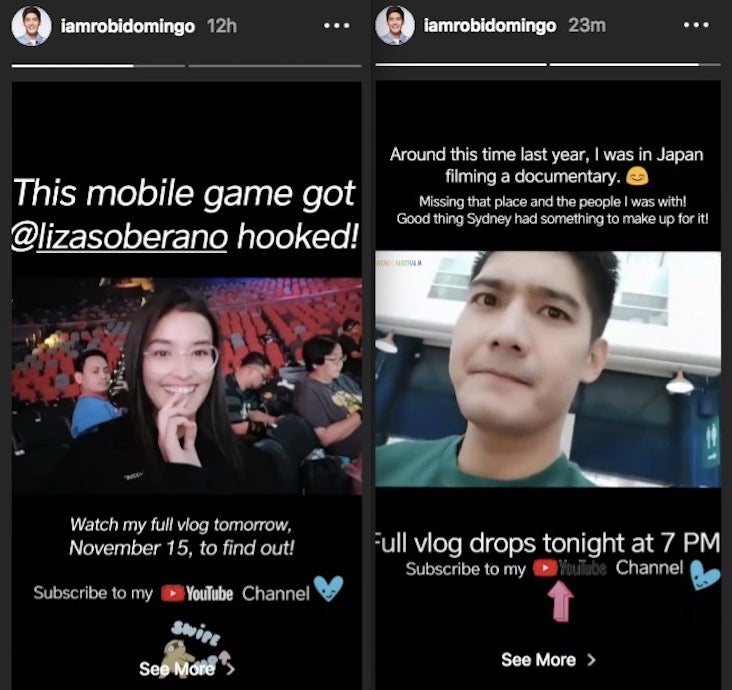 As of this writing, Domingo’s YouTube channel is still empty of posts, but already has 1,206 subscribers.  /ra