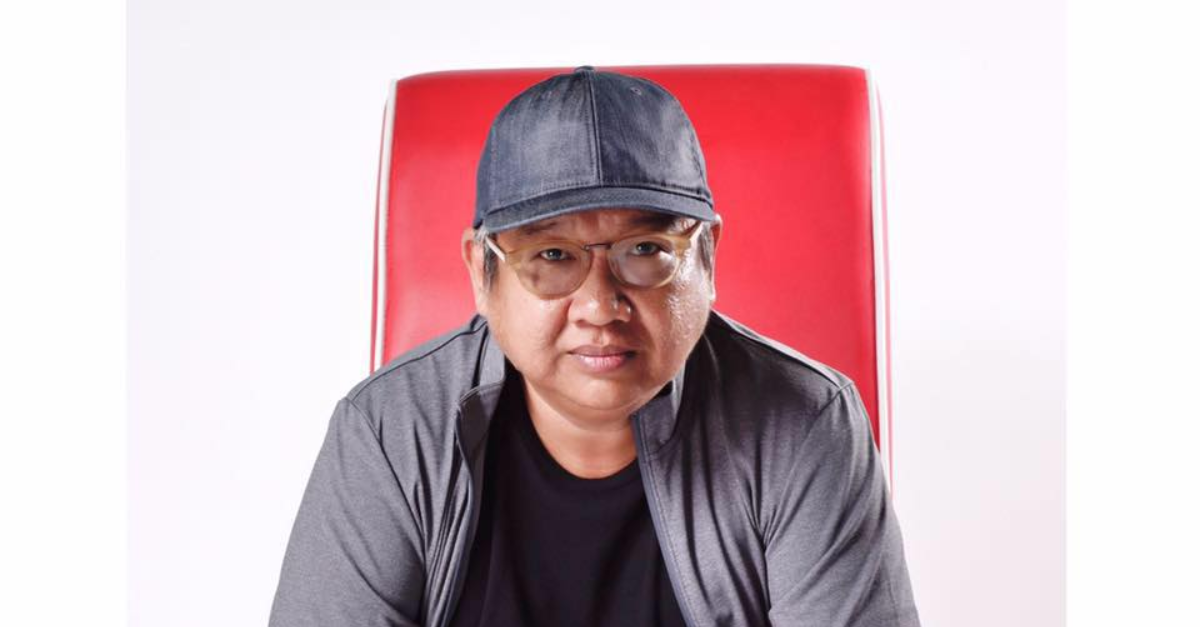 Director Erik Matti reminded himself that social media is a volatile place to share one’s opinion.

The “Buy Bust” director recently caught social media users’ attention after he criticized “Crazy Rich Asians” for being “old school.” He went so far as to say it had caricature acting and “tita” sensibilities, according to a now deleted Instagram post made on Nov. 11.

Matti then followed up with a slightly self-deprecating post on Nov. 12. It was to remind himself of how honest opinions shared on social media could easily be turned on its head and taken out of context.

He wrote, “Lesson to myself as reminder again and again: be careful in posting one’s critical opinions about everything on social media. No matter how much you take good care to word it right, it will still be opwn to be taken out of context. Grrr!!! I never learn!” 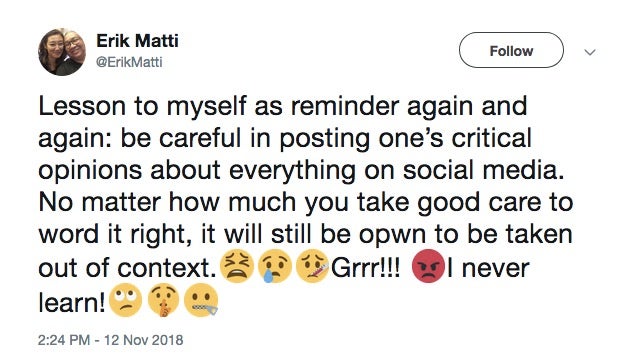 Before the Instagram post was deleted, a previous report noted that actor John Arcilla and singer Janno Gibbs also shared their opinions on the Hollywood film. While Arcilla thought the movie was “cliche,” Gibbs ended apologizing to Matti since he liked “Crazy Rich Asians.”  /ra