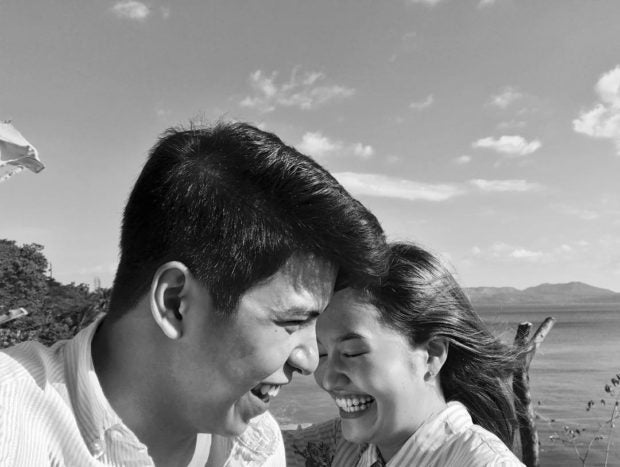 Nash Aguas and Mika dela Cruz looked back recently at how their relationship started — from being friends during their child star years, to falling for one another now that they have grown up as actors.

Aguas was the first to tell his side of the story through an Instagram post last Tuesday, Nov. 13. The 20-year-old actor shared his favorite photo of him and dela Cruz, where he is seen whispering something to her, with his arm around her shoulder. This was taken in 2007 during a taping of the now-defunct ABS-CBN noontime show, “Wowowee”.

Even back then, Aguas already had eyes for dela Cruz, as he admitted she was his crush. He told the story behind the photo: while the noontime show was on commercial break, Aguas pointed up at something and told dela Cruz that was where his mother used to work. However, he admitted he just made that up, just so he can have something talk about with her, and a reason to have his arm around her.

He also shared other memories he had with his girlfriend, such as their trip in the Forbidden City in China, and their days as mainstays in the children’s variety show “Goin’ Bulilit”.

(These are just some of the things we went through. But it all started because I had the courage of putting my arm around you.)

Since Aguas started to narrate their love story, Dela Cruz said it was her turn to finish it while posting her own throwback photos of themselves on her Instagram account on Tuesday, Nov. 13.

When they became co-stars in the children’s variety show, Dela Cruz said she used to bully Aguas. It was also during the show where they first exchanged “ILY” (I love you) through text message — but she was caught in the act by her big brother.

(We flirted so early on. That’s why I got scared and my siblings drafted a contract stating I cannot have a boyfriend until I am 18.)

The actress also admitted that there have been challenges, bringing them to a point when they thought they would never see each other since a lot has been happening in their lives. Fortunately, all these led to them being more mature, until the right time came for them.

Aguas made the revelation that he and dela Cruz are officially together during a press conference of his film, “Class of 2018”. He said that she gave him her sweet “yes” through a 15-page letter. JB

It’s official: Nash Aguas and Mika dela Cruz are in a relationship