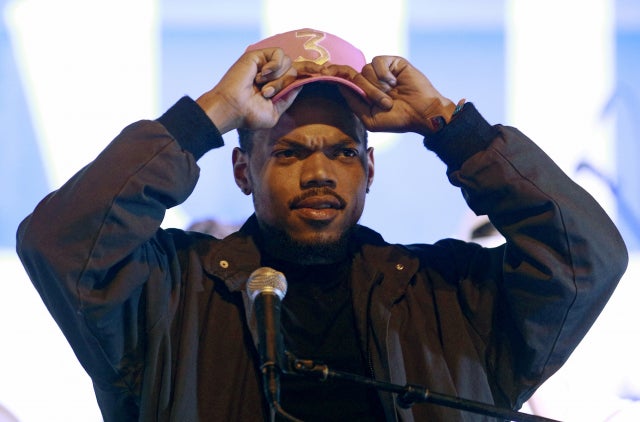 US musician Chance the Rapper addresses the crowd at the “End of School Year Peace March and Rally” in Chicago on June 15, 2018. Image: Jim Young / AFP

The project, billed as a “search for the next break out hip hop star,” was put into development over a year ago, and is the first reality competition show to specifically spotlight hip hop music.

John Legend is attached to produce via his company Get Lifted Film, along with Jesse Collins Entertainment and Gaspin Media.

Chance the Rapper, Cardi B and T.I. will be joined by guest judges including industry veterans and other hip hop stars over the course of the ten episodes of the show.

Auditions for “Rhythm + Flow” will begin this fall across the US, including in the judges’ hometowns of Atlanta, Chicago, and New York.

Chance the Rapper is also teaming up with MGM for a musical film inspired by Chicago, his home city. Titled “Hope,” the movie will feature music by Nico Segal, who has previously worked with Chance on “Surf” (2015). AB