The four women of Little Mix have opened up on the struggles they had to deal with to make it in the music industry. 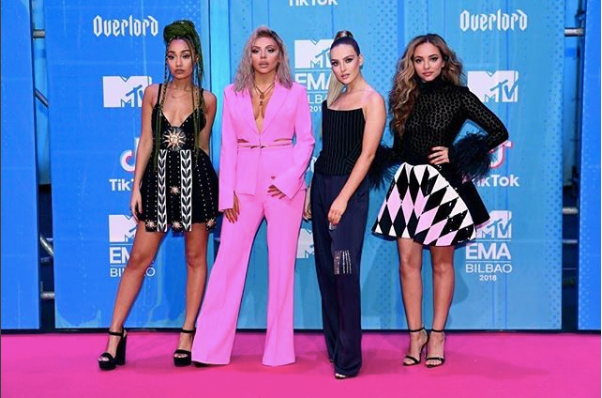 Thirlwall shared an instance of sexism while promoting their music in the United States.

“We went to a radio event in America, full of VIPs. Someone from the label said, ‘Go and flirt with all those important men,’” she recalled.

She mentioned too that when the group was starting out, the girls were given no say on its direction.

“We realized we, as women, have to work ten times as hard, which is really bloody annoying ‘cause we do write songs.”

Pinnock spoke of her experience as the sole black woman in the group. “During the first couple of years of being in the band, I did feel invisible. I remember crying to my manager regularly, I just couldn’t seem to find my place and didn’t know why,” she said.

She said that Frank Gatson, who worked as creative director to Rihanna and Beyoncé, reportedly told her that as “the black girl, you have to work twice as hard.”

The group recently parted ways with Simon Cowell’s record label Syco and is currently with American label RCA. The women banded together in 2011 during the UK version of “The X Factor” and went on to win the competition. Their hit songs include “Black Magic,” “Touch” and “Shoutout to My Ex.”  Niña V. Guno /ra