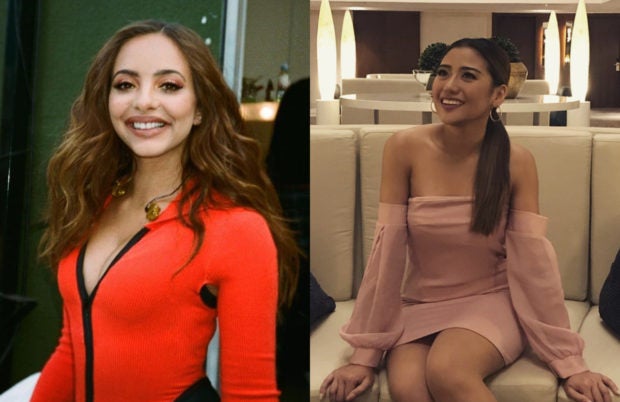 Morissette Amon has impressed another international singer with her own talent. This time, it’s Jade Thirlwall of the British girl group Little Mix.

“Oh I love her,” said Thirlwall in a video of Amon singing a cover of Little Mix’s hit track “Secret Love Song” during the 2017 Asia Song Festival, which Thirlwall posted via Instagram Stories yesterday, July 30. The British singer was not alone in watching the cover as supposedly another member of the girl group, Perrie Edwards, can be heard in the clip, uttering “Jesus” out of her admiration for the Filipino singer. 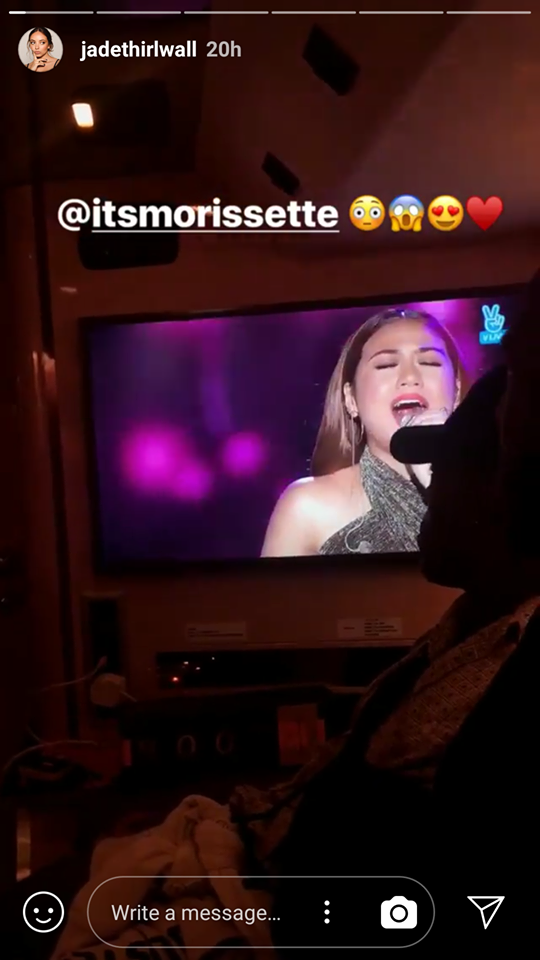 “Is @itsmorissette real?!” wrote Thirlwall in another video she posted on the same platform.

“Oh my gosh,” Thirlwall said while watching Amon. At one point, Thirlwall and the rest of the girl group’s team cheered when the Filipino singer did her famous intentional vocal break. 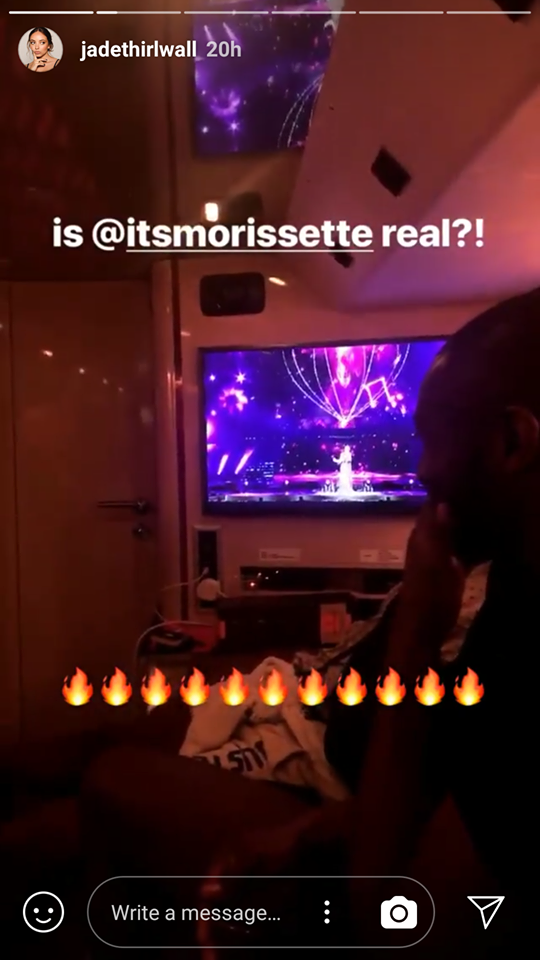 “[W]ait, did I just hear @perrieedwards?! Are you all watching it? @jadethirlwall [Leigh-Anne Pinnock] @leighannepinnock [Jesy Nelson] @jesynelson @littlemix,” Amon replied via Instagram Stories, asking Thirlwall if other members of the girl group watched the cover with her.

The Filipino singer then thanked Thirlwall, as well as the Little Mix team for watching her cover: “Jade of @littlemix and the team are watching my cover of #secretlovesong at the [Asia] Song Festival… OMG thank you @jadethirlwall! Love to all of you guys from the Philippines.” 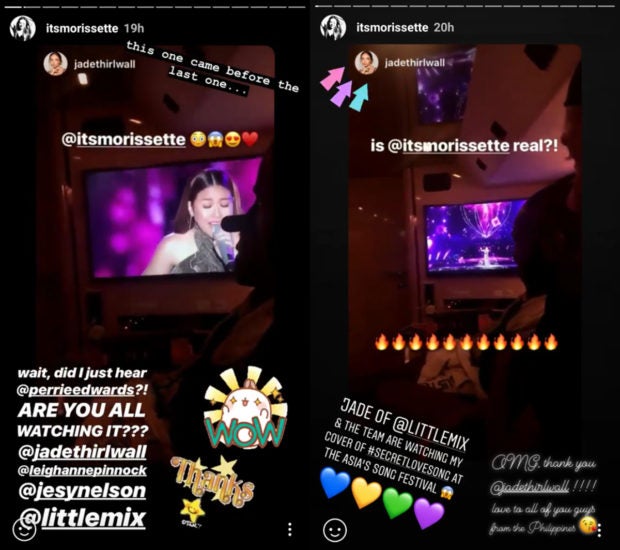 Amon also shared Thirlwall’s videos on Twitter on the same day. “Don’t mind me, I’m just literally shook at the moment,” wrote the Filipino singer. “Jade of @LittleMix shared clips of their team watching my cover of #SecretLoveSong at the Asia Song Festival on her IGStories!! even heard Perrie comment too so they all must be watching! OMG, thank you loads for noticing.”

DON’T MIND ME, I’M JUST LITERALLY SHOOK AT THE MOMENT. Jade of @LittleMix shared clips of their team watching my cover of #SecretLoveSong at the Asia Song Festival on her IGStories!! even heard Perrie comment too so they all must be watching! OMG, thank you loads for noticing 💖 pic.twitter.com/Z8XROM0IOK

In a separate tweet, Amon excitedly announced to her fans that Thirlwall started following her on Instagram.

Aside from Jade Thirlwall, Morissette Amon has previously impressed Jessie J. The British singer who had been amazed by the Filipino singer’s talent went as far as to ask Amon to share the stage with her during her 2014 concert in Manila. JB