The Monday you didn’t hate: Jessie J Live in Manila 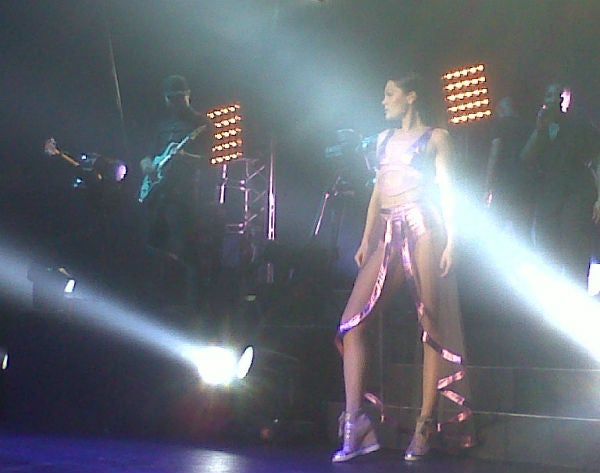 MANILA, Philippines — Monday is never the best day to party until you drop. But last July 14, English singer-songwriter Jessica Ellen Cornish, or more popularly known as Jessie J, proved everyone who thought that way wrong, at least in Manila.

Despite landing a schedule that’s certainly the most hectic day of the week, the 26-year-old singing sensation still effortlessly brought the Smart Araneta Coliseum down with her big hits like “Domino,” “Wild,” “LaserLight,” “Who You Are,” and “Price Tag” among many others.

She rapped, she grooved, and she belted it all out as if she was in her best condition. And that’s the surprising part, she wasn’t.

When she came out on stage, Jessie J automatically set the crowd on fire with her energy. But before she went on, she swiftly mentioned that she hasn’t been feeling well but still, she promised to deliver a memorable night to her fans. 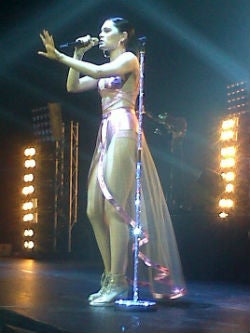 Fans of the English singer were probably expecting a short but sweet show. But much to their surprise and delight, Jessie J performed a total of 15 songs.

The award-winning artist opened the night with the ever-uplifting “Sexy Lady.” The track was followed by “Domino,” and somewhere in her rendition of “Calling All Hearts,” Bruno Mars’s “Treasure” was heard.

The dancing went on when she got to “It’s My Party,” “Sweet Talker,” and “Nobody’s Perfect.”

When “Wild” came, it became a bigger challenge for the crowd to save their energy for the next day of work. And it didn’t help at all that “LaserLight” was next on the setlist.

Good thing “Conquer the World” followed. The energy toned down a bit, but the high, it never left.

After this track, Jessie J performed a cover of “Wonderwall,” and then she went back to her own shelf to pull out “You Don’t Really Know Me.”

Sharing the stage with Morissette

What happened next served as proof as to how dedicated and sincere the singer is about encouraging aspiring artists to pursue their dreams and just be themselves while doing so.

To perform “Who You Are,” Jessie J shared the spotlight with The Voice of the Philippines runner-up Morissette Amon.

Play hard on a Monday night

After hitting the biggest song she brought to stage that night, Jessie J switched to her playful self back with “Excuse My Rude,” “Ain’t Been Done,” and “Do It Like A Dude.”

These songs were almost like an exhibit displaying how versatile the artist is.

Once she was done with her hip hop set, the most-anticipated track of the night came and the Big Dome then partied harder than ever.

They just want to make the world dance and that was exactly what happened.

From Jessie J to the fans 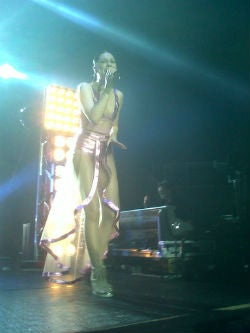 Apart from the music treat, Jessie J also showered her audience with words of wisdom throughout the entire show.

In between songs, she exclaimed “Never let anybody change you.” She was keen about not losing one’s self while experiencing the world. “Always be who you are. Once you stop, that’s when it will start falling apart,” she added.

While for people who feel oppressed, Jessie J’s piece of mind for them says “Whenever anyone’s mean to you, it says more about them than you.”

The crowd screamed their loudest during these moments, but it all got even louder when Jessie J read a letter from a fan she called Joseph.

In the letter, Joseph thanked the English singer for being his source of inspiration and courage.

“You made it possible for me to believe in myself. Jessie J, you are my inspiration,” he said.

After she finished reading the letter, Jessie J simply replied, “We can hang out after the show.”

Even after this, Monday might still be everyone’s least favorite day. But, it wouldn’t be surprising if they say that this Monday, the Jessie J Monday, as in when she was live in Manila, is an exception. We would understand why.

The Jessie J tour in Manila was made possible by Midas Promotions and Futuretainment Inc.