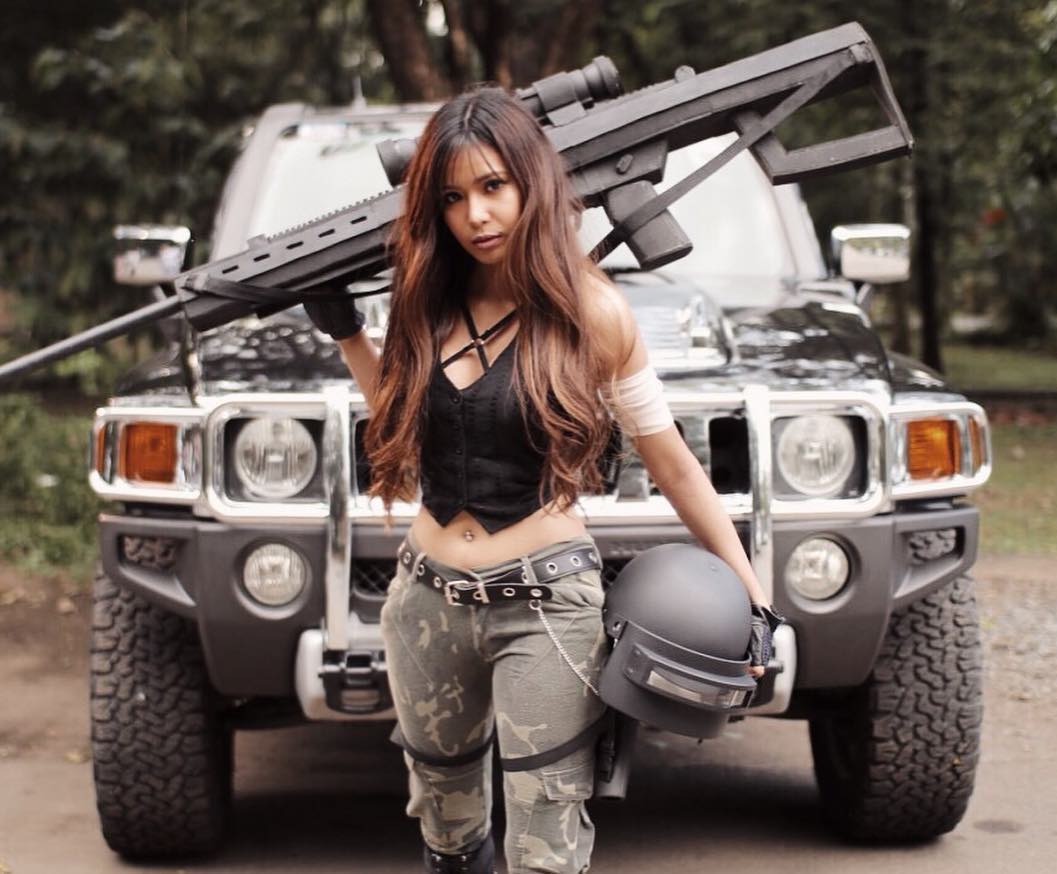 Actress Myrtle Sarrosa flew to Bangkok, Thailand, as part of the team representing the Philippines in the OMEN by HP Challenger Series amateur international tournament for the online video game “PlayerUnknown’s Battlegrounds” (PUBG).

Sarrosa, an avid gamer and cosplayer, said she previously tried qualifying to be part of the Philippine team in another tournament called “PUBG Mobile Star,” but failed, reports Push.

The grand prize from the OMEN event totals $50,000 (about P2.7 million). Teams from 11 countries will compete in the tournament finals at the Queen Sirikit National Convention Center in Bangkok. The event began today, Nov. 2, and will run until Nov. 4.

Sarrosa also took the time to enjoy the sights a day before the tournament started. She updated her Instagram account on Nov. 1 with snapshots taken from the Wat Pho Temple of the Reclining Buddha. Alfred Bayle /ra 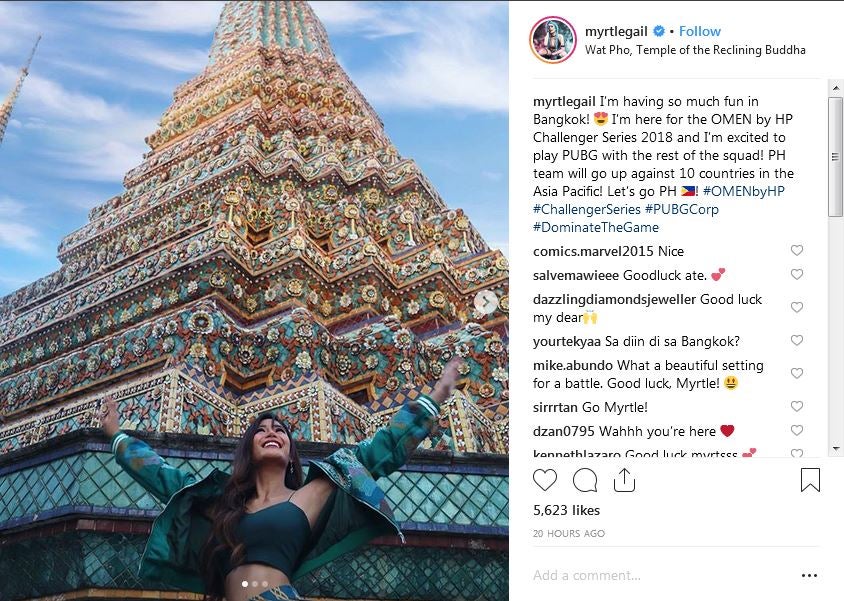 Read Next
‘Castlevania’ set for a 3rd round of vampire-killing adventures
EDITORS' PICK
‘Panic buying’ of vaccine feared may lead to oversupply, wastage
No sea row compromises in Sino vaccine talksː Galvez
New Year, New Rediscoveries
Is your company a growth champion? Stand up and be recognized!
Acer Philippines welcomes you to its first flagship store
16 new COVID-19 patients confirmed to be UK variant carriers — DOH
MOST READ
Ate Vi’s message to those against ABS-CBN’s franchise renewal
Of victims and saviors: Sex work amid the pandemic
OVP spokesman tells Mocha Uson: Don’t drag us into your nonsense
UST students protest dismissal of Grade 12 student
Don't miss out on the latest news and information.