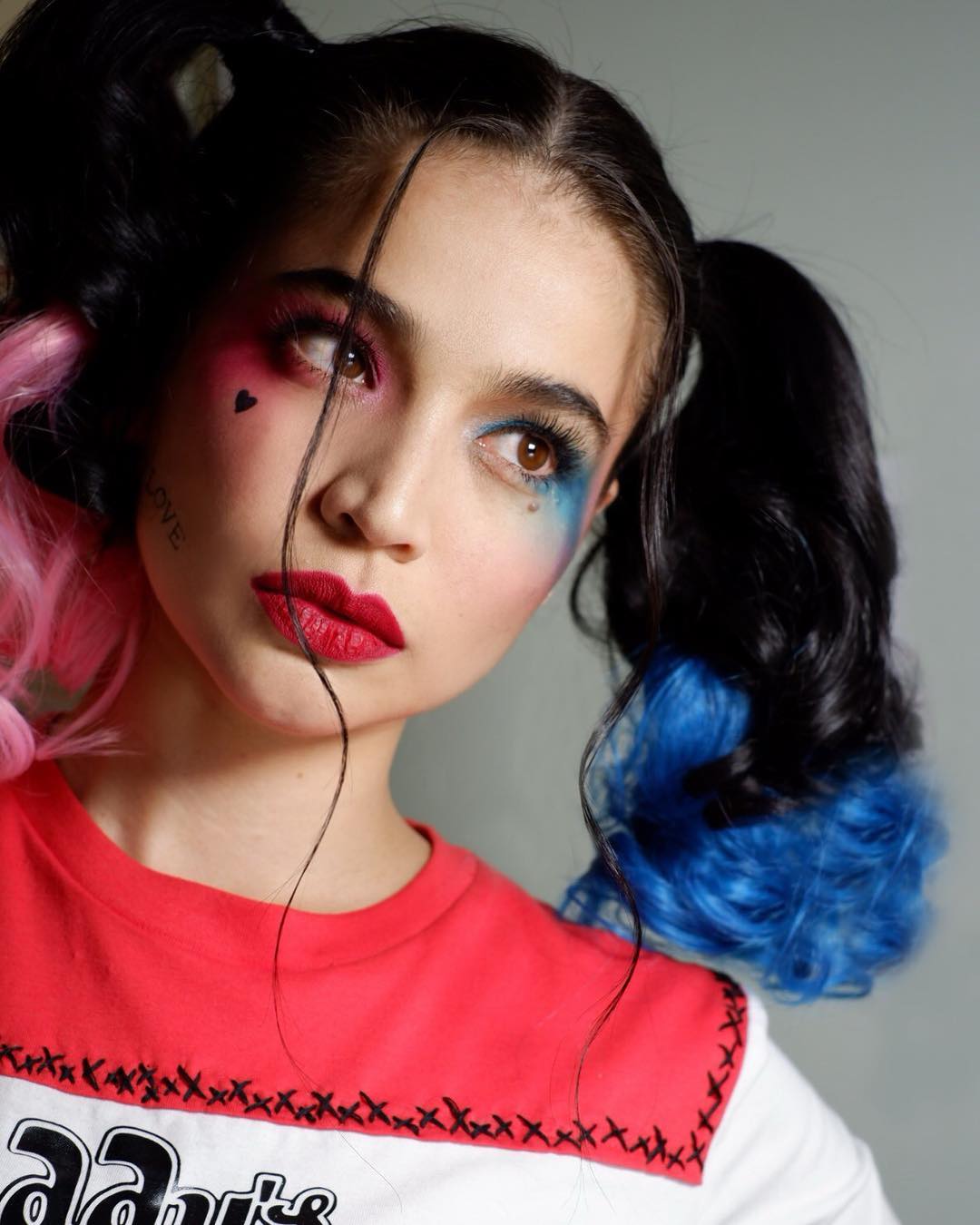 The actress gave a shoutout to all her followers in an Oct. 31 Instagram post, thanking them and announcing the news. She also got into the spooky spirit of Halloween by sharing a photo of herself wearing a Harley Quinn costume from the film “Suicide Squad.”

“So what if I’m crazy? The best people are. – Harley Quinn. Happy Halloween and HAPPY 10 MILLION Instagram family! LOVE YA MY PUDDIN’S!” wrote Curtis. 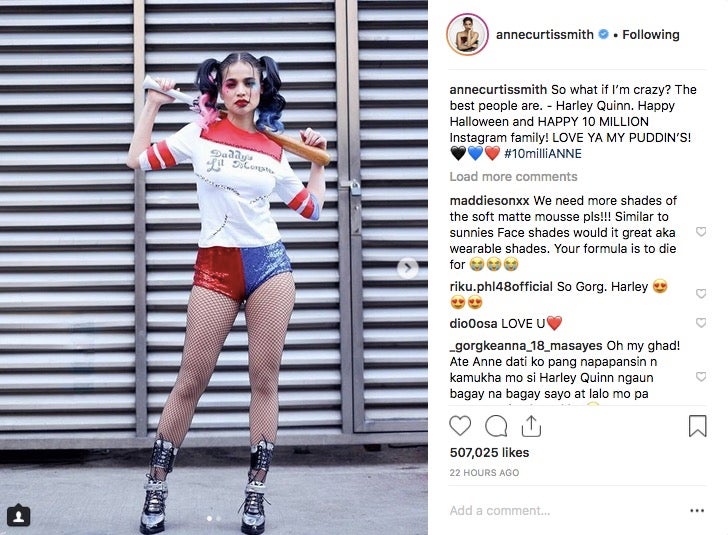 The actress and her husband, Erwan Heussaff, recently flew off to South Africa to celebrate their first anniversary and long-overdue honeymoon, according to an Oct. 29 post. His last update regarding the trip went online on Oct. 30 and showed the snapshot of a lion’s paw. They appeared to be visiting Lion and Safari park at the time. 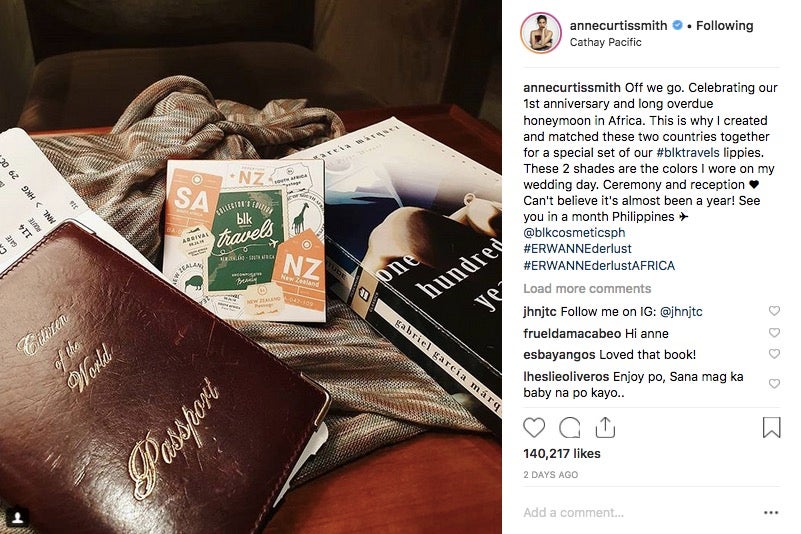 Curtis and Heussaff were wed on Nov. 12, 2017, after being in a relationship for six years. The ceremony was held in Queenstown, New Zealand. 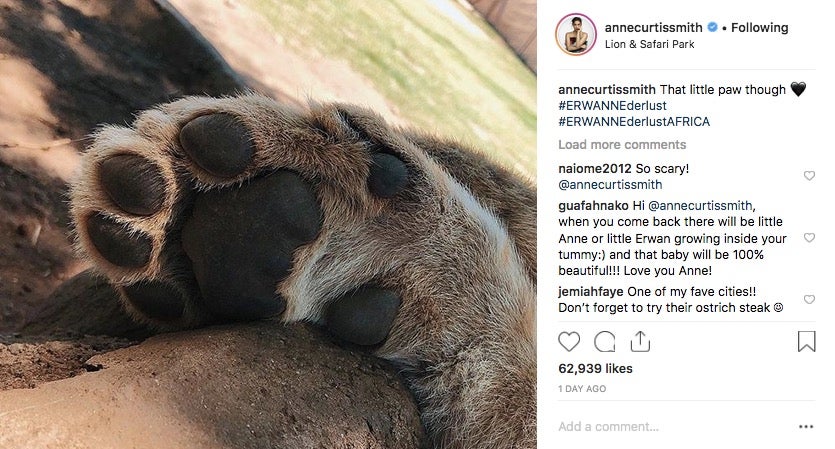 Not too long ago, Curtis earned recognition for her first action film “Buy Bust” by Erik Matti. She also received an award for being one of the Most Influential Film Actresses of the Year by The EdukCircle for her work in the romantic film “Sid & Aya.”  /ra

LOOK: Anne Curtis surprised at tattoo of her face on fan’s forearm