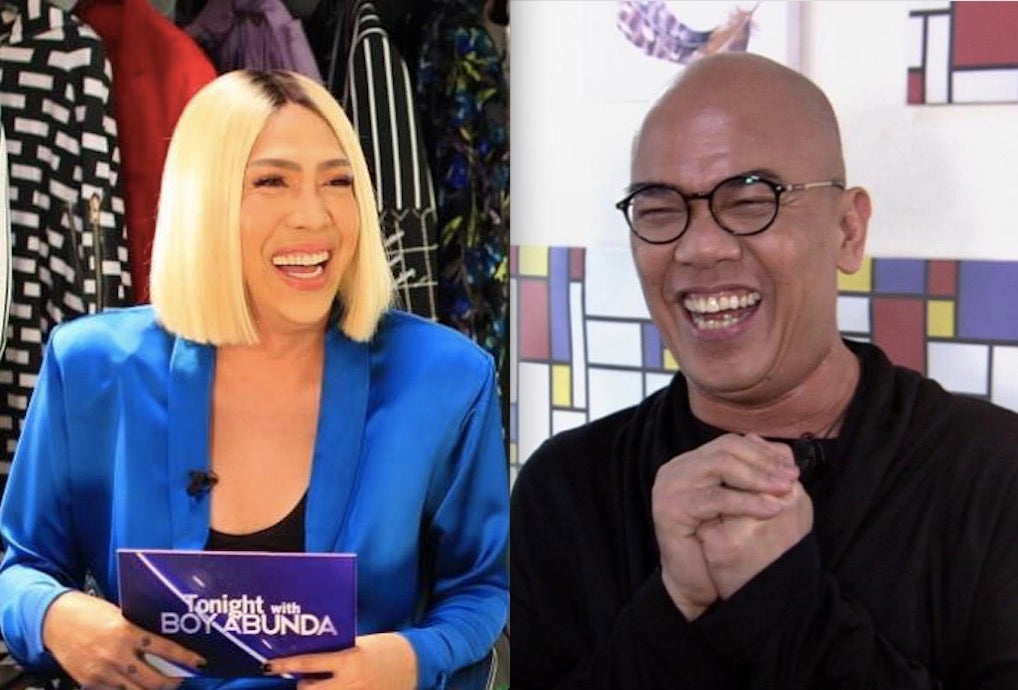 Vice Ganda caught Boy Abunda off guard when the “It’s Showtime” host asked him an “offending” question in an interview.

Boy Abunda was put on the hot seat as part of the week-long second anniversary of the evening talk show “Tonight with Boy Abunda.” Vice Ganda took on the part of the interviewer in place of Abunda for the Oct. 29 episode.

(Oh my gosh Vice, don’t be like that. That was offending, I don’t think that’s a proper question to ask.)

Nevertheless, Abunda admitted that he experienced his first time and his first kiss back when he was 17 years old. He said it was on high school grounds “sa likod ng mga saging (behind banana trees).”

When Vice Ganda pressed if Abunda had ever kissed a girl, the TWBA host dismissed it as a possibility because he’s already forgotten about it.

Elsewhere during the interview, Abunda recalled three instances in which he felt like walking out of an interview. He listed them as those with Vhong Navaro after he was hospitalized; with KC Concepcion, which happened at 2 a.m.; and with Claudine Barretto after the death of on-screen partner and ex-boyfriend Rico Yan. During those three separate occasions, Abunda said the circumstances felt so difficult emotionally that he just wanted to stop doing the interviews.  Alfred Bayle /ra