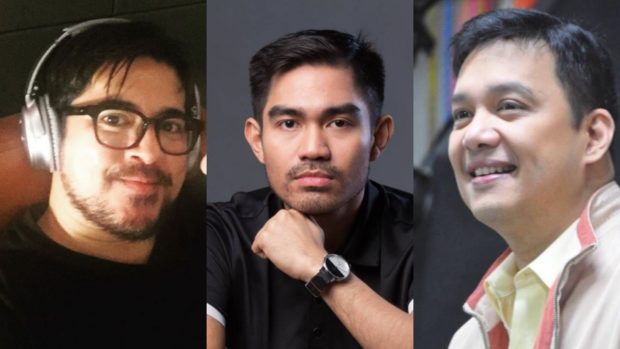 READ: Aga Muhlach divides netizens with message to Sen. Trillanes, but gets thumbs up from Mocha Uson

Days later, Falcis, who is also a blogger and university lecturer, posted an old photo of Muhlach, along with other Liberal Party (LP) members Mar Roxas and late Interior Secretary Jesse Robredo. It can be seen in the photo that the actor is flashing the LP sign.

(Those who were under the yellow banner are now anti-yellow and anti-Trillanes. You really are just an actor, Aga Muhlach, you are someone who does not know anything about politics.)

Reynoso then hit back at the lawyer for his remarks. In his Facebook post on Sunday, Oct. 21, he said he could not keep his silence any longer as he and Muhlach are from the same industry.

(We are only artists, Attorney Falcis. Maybe that is why we, and the industry we are in, are always the ones approached during election time, to gather people to listen to promises that are mostly unfulfilled by politicians.)

(We are the ones approached to give joy to victims of calamities, or to help raise funds to spend for those in need. We indeed may not know much about what is happening in the country, although a lot from our ranks finished college and have our own businesses.)

(I apologize, Atty. Falcis, if we really do not know anything about politics, when we have a huge contribution on paying taxes every year, which pays the salaries of politicians.)

Both Falcis and Muhlach are yet to react on Reynoso’s remarks, as of this writing. JB