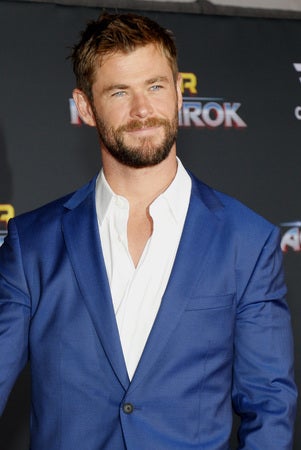 As far as hitchhiking goes, there might be little better than getting a ride from the god of thunder.

A video posted on Monday, Oct. 22, on the “Thor” star’s Instagram shows him and Zocchi in a car after they landed in Brisbane. They point out the hitchhiker that they’re about to pick up and mention that he has no clue they’ll be riding a chopper to surfer town Byron Bay.

The man turns out to be a musician named Scott Hildebrand who came from Mexico. The hitchhiker is later shown strapped into the helicopter along with his guitar, with Hemsworth putting a headset on him. The trio are seen flying over Australia’s picturesque beaches.

But alas, all good things must come to an end. “Alright Scotty, dream’s over,” Hemsworth tells Hildebrand as they are about to part ways. “Back to the hitchhiking.”

In the caption, the actor said, “Picked up a hitchhiker, wasn’t a serial killer which we were stoked about and just happened to be a kick ass musician Scott Hildebrand.”

Hemsworth was spotted at the beach spending time with his wife, Elsa Pataky, and showing off his chiseled beach body as he surfed.

The couple and their three children live in Byron Bay. Pataky explained to news.com.au in 2017 that they moved to Australia due to the relentless paparazzi in Los Angeles.  /ra