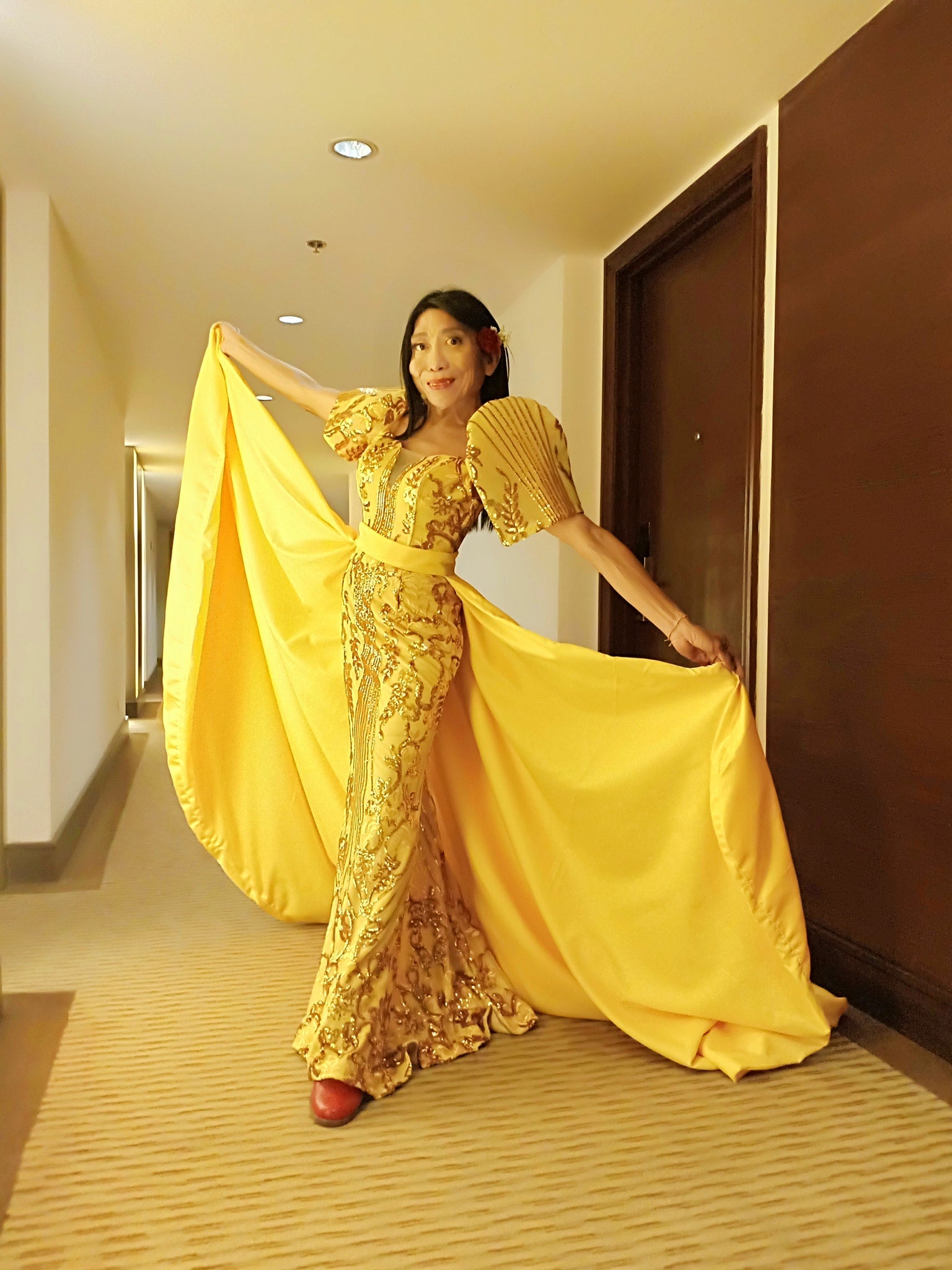 Thai social media star Mader Sitang recently arrived in the Philippines and wasted no time in prettying herself up in a beautiful yellow Filipiniana.

Mader Sitang updated her Facebook page around midnight Oct. 20 with a snapshot of herself standing in what appeared to be a hotel hallway, as she spread out the train on her yellow dress. 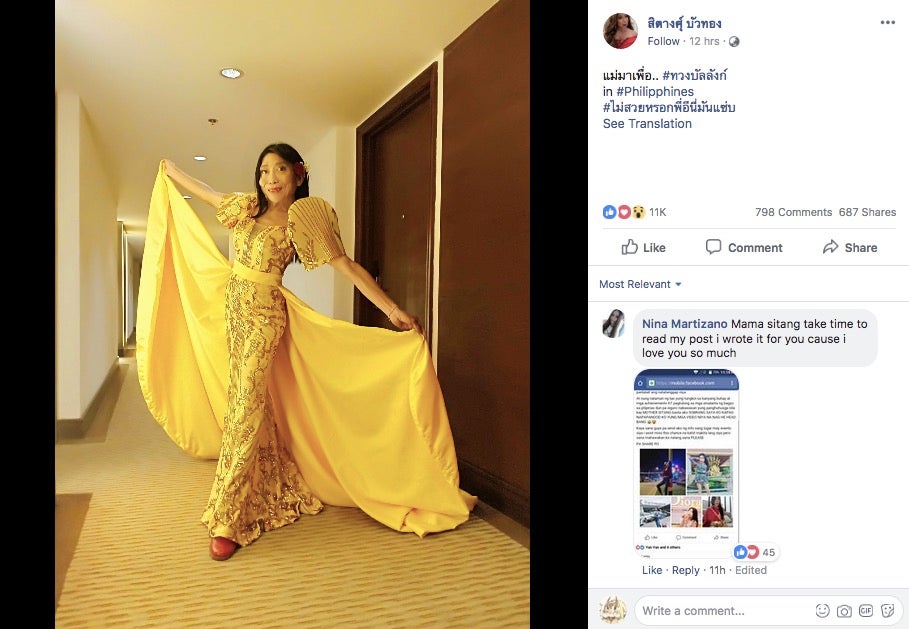 Prior to this post, the Thai celebrity revealed she is currently preparing for an Oct. 20 performance at Fahrenheit cafe and later at The One 690 Entertainment bar.

Mader Sitang landed on Philippine soil yesterday, Oct. 19, to the cheer of excited fans. Sitang herself was excited and shared a snapshot taken in front of the airport in Thailand before flying off. 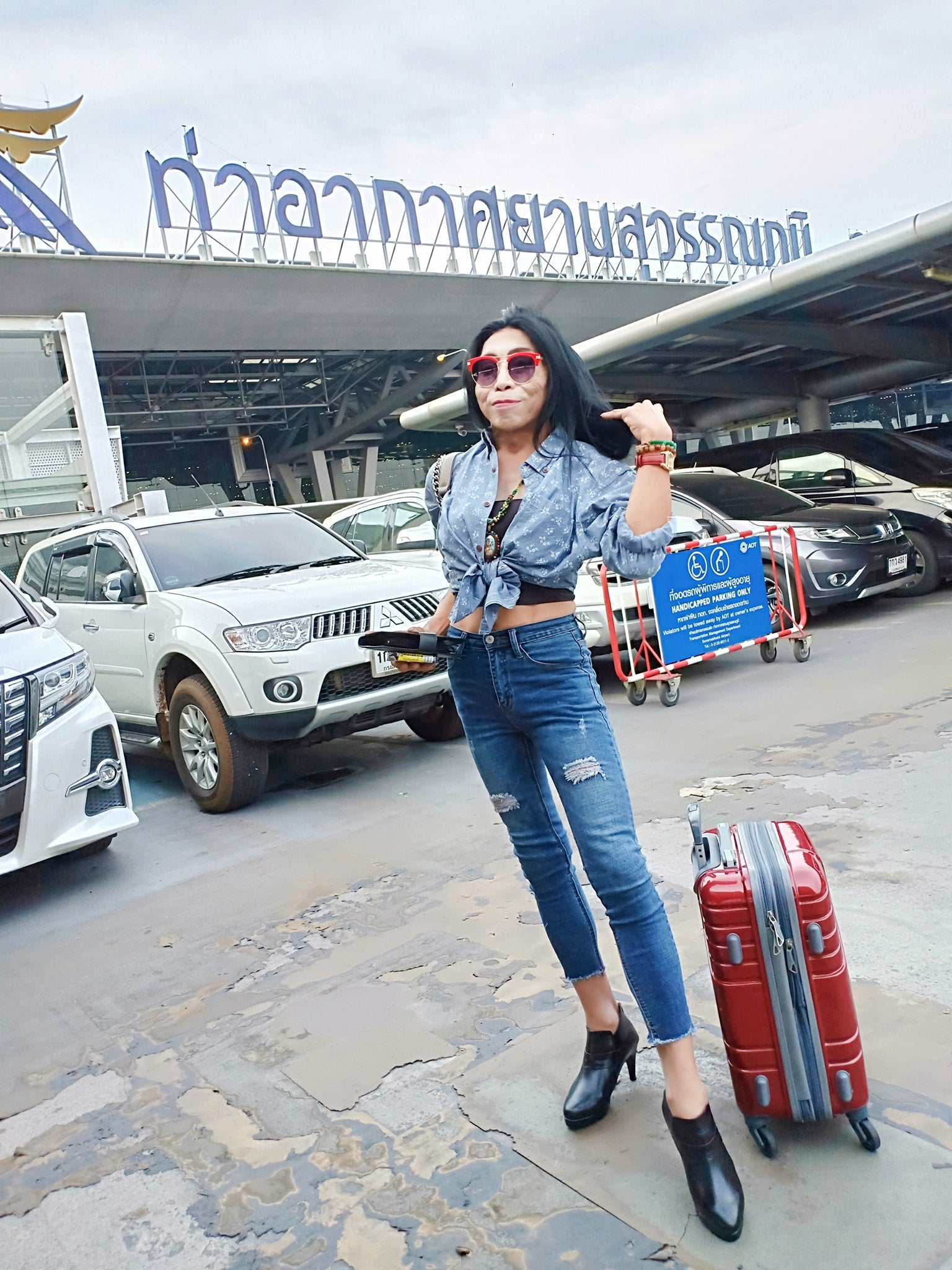 Apart from doing shows, a September teaser from “Rated K” revealed the social media sensation will be doing an interview on Corina Sanchez’s show.

The 59-year-old transgender Mader Sitang is currently one of the top product endorsers in Thailand. She gained popularity online through her head throw dances which she uploads on her Facebook account. While the videos mostly featured only Sitang doing her signature dance, some videos included half-naked men dancing in the background or with Sitang. One of her most popular videos already has over 16 million views as of this writing.  /ra

Regine Velasquez clarifies move to new network her own choice